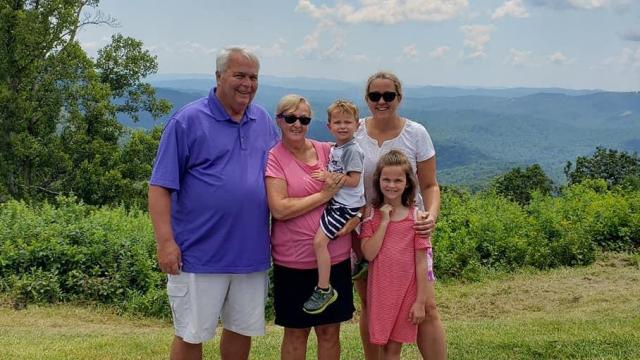 Washington, N.C., was not just the place Mayor Mac Hodges lived, it was a place he loved.

"Mac 'Bear' Hodges was one of the kindest, supportive and most accessible public officials I have ever had the pleasure to work with," said Nick Sanders, owner of the Hackney Restaurant & Gin Distillery in downtown Washington. "He was always available on the end of the phone or in person to do whatever possible to help solve any of the bureaucratic issues we had trying to start up our business and redevelop one of the most prominent buildings in the heart of the downtown. Not only was he a great enabler, he also had a big vision for our city and what a great and prosperous place it can become. A vision that I really believe will be realised. I will miss him as a leader in our city, a force for positive change and as a friend."

Washington is also the place where Hodges' life was celebrated at Festival Park in August 2020 after he succumbed to complications from COVID-19. His death was not only heartbreaking for his family and close friends, but for the community at large.

"We are heartbroken. Very heartbroken," the City of Washington wrote in a social media post. "But, we are also thankful for his amazing leadership, vision and most importantly the friendship he provided, always with a smile, to everyone he met and had an encounter with."

Jay MacDonald Hodges III died at the age of 69 on Aug. 12 at Vidant Medical Center in Greenville after battling COVID-19 and being put on a ventilator. During his time in the hospital, an anonymous person put signs up throughout the city that read, "Please pray for our Mayor Mac Hodges."

After Hodges's passing, Gov. Roy Cooper posted a Tweet that read, "So very sorry to lose Mac Hodges, the great mayor of Washington, N.C., to COVID-19 related complications. I'm grateful to have worked with such a strong leader and ECU supporter who made a real difference in the lives of many."

"Mac" or "Bear" to many of his friends and family, Hodges was known to "never have met a stranger” — a trait that served him well during his years as mayor.

"Good-natured and funny, he loved being with people, and people loved being with him. Mac possessed that generous ability of making everyone he interacted with feel important. He sought the fun in life while equally valuing service and community," his obituary stated. "He attended Washington High School and graduated from East Carolina University (ECU). Mac received the Order of the Long Leaf Pine from the State of North Carolina, recognizing his service to his community and state. Mac worked as a real estate agent and appraiser, but his true passions were East Carolina Athletics and the city of Washington."

Hodges was elected mayor of Washington in 2013 and served diligently until his passing. He worked tirelessly to develop the city as a tourist destination and was a both a civil servant and an active citizen. He was a member of the Washington Jaycees, Washington Noon Rotary, Downtown Harbor District and numerous other committees.

Friend and city council member Betsy Kane said she was struck by Hodges' vision for the city and the time he took to get her up to speed on everything going on around town when she was first elected.

"I had looked forward to working together for a long time to come and I am disappointed beyond words that will not happen. I learned something every time I saw him; he knew everything about our city, and had such a way with people. I miss him a lot," she said. "His efforts bore fruit — wonderful improvements all over town and improved human relations. We were so fortunate and blessed that he served. Washington will forever be a better city for it."

Catherine Glover, executive director of the Washington-Beaufort County Chamber of Commerce, said Hodges was an advocate for the town and its local businesses.

"He was a friend to me and I have known his family for as long as I can remember. I still have his last voicemail saved right before he got sick that told me we need to make something work with a piece of property downtown," she said. "He never led with arrogance but with grace and lots of conversation. That's rare these days. He helped make things happen because he listened and wasn't afraid to have lots of conversations with everyone to make it happen. He knew everybody, loved by everybody, and made me laugh a lot. He is going to be missed more than I can imagine right now."

Hodges leadership and affability were easy to recognize, but his sense of humor will also be long remembered.

"I met Mac for the first time at his river house at Swan Point around 1985. I was in my early thirties and he challenged me to a foot race on the sand road in front of his house. I laughed and said sure. He had about a hundred pounds on me and I thought I'd smoke him. Boy was I surprised when I was barely able to keep up with him. Fast for a big man," said Matt Rauschenbach, Chief Finance Officer for the City of Washington. "Most days when he was in City Hall he would stick his head in my office and ask, 'Matthew, do we still have any money left in that safe?' I'd laugh and say, 'Sure, plenty.'"

Hodges is survived by his wife, Linda "Lou" Berry Hodges, his daughters and sons-in-law, four grandchildren, his sister and her husband, and his brother and his wife. Beyond his family, he is survived by a town of residents and colleagues who loved him dearly.

"Mac or Mayor Bear, with his affable and seemingly ever present manner, was so very effective in managing and improving our city," she said. "His legacy will live on."