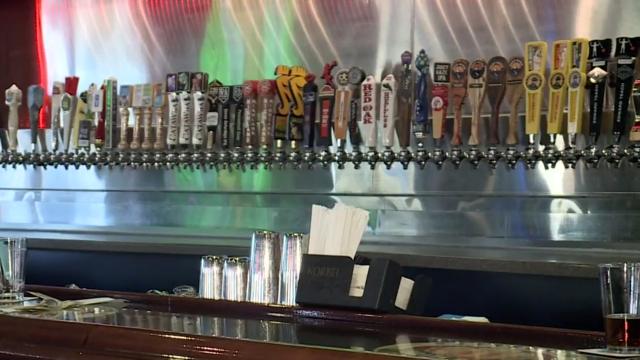 Raleigh, N.C. — Bar owners around the state were surprised to find their liquor licenses canceled this month, thinking extensions passed by the General Assembly last year gave them a bigger cushion on permits that can cost thousands of dollars a year.

The state's Alcoholic Beverage Control Commission confirmed that it canceled about 124 licenses for nonpayment on Jan. 4. Spokesman Jeff Strickland said that is standard procedure when license renewal fees aren't paid, that there's no penalty to later renew a lapsed license and that the commission will work with bars that want to reopen to "make that as seamless as possible."

Strickland also said the businesses could not have opened without paying for their permit and that "these should be businesses that were not open at the time anyway.”

But for bar owners, it's one more slap in the face from a state government that has kept them shut down or under severe restrictions for most of a year over social distancing concerns.

“They have not been clear nor fair in how they’ve done this," Erwytt Franks, who owns the Hawg Pen in Raleigh, said Friday.

Confusion over legislation that extended the amount of time people had to pay their licenses, which are usually re-upped by early May, has bar owners feeling burned, according to Jason Ruth, vice president of the recently formed North Carolina Bar Owners Association. A law passed last summer said they'd have an extra 90 days, but that clock wouldn't start until Gov. Roy Cooper signed an order rescinding closures he'd ordered earlier in the year.

It seems that, around early October, when Cooper reworked the bar closure order to allow establishments with outdoor seating to open a portion of that seating, the clock started. But a lot of the bars canceled this month didn't open, Ruth said, either because they don't have outdoor seating or because the outdoor seating limits – no more than seven patrons per 1,000 square feet – didn't make it feasible.

"The concern is that we have not been reopened, and that the ABC did not communicate their intention to start said clock," Ruth said. “This is just additional insult to injury."

Crissy Porter, who owns The Spring on N.C. Highway 42 in Willow Spring, said she'd been waiting to see "some light at the end of the tunnel" before deciding whether to renew her license. An annual license, she said, costs the same whether you operate for a whole year or just part of it.

“It’s hard as a business owner to decide if you want to continue to reinvest," Porter said.

Strickland said the ABC Commission "delayed cancellation as far as we could." Many of the state's alcohol regulations are written into state law and require an act of the General Assembly to change.

"We didn’t have the statutory authority," he said.

The legislature may take licensing issues up when it comes back into session Jan. 27. There have been calls to prorate and forgive licensing fees for businesses closed by the pandemic and Cooper's orders.

Ruth, for example, said he re-upped licenses early last year for his two Wilmington bars, so he's paid for permits despite being closed most of the year.

Bar owners also continue to fight the governor's closure orders in court, arguing that it's not fair that restaurants and breweries are allowed to be open and serve alcohol while bars often can't.

"There is simply no legitimate basis for requiring total closure of indoor services at private bars while allowing the public to drink indoors under certain health and safety protocol at every other alcohol-serving establishment," the motion memorandum states. "[W]hile Governor Cooper has called this a 'dimmer switch' approach, in reality, it threatens to turn the lights off on many private bars for good."

As for the canceled licenses, renewals for bars that want to reopen will be processed as fast as possible, Strickland said.

"The broad goal is to make it quick," he said. "We know how much stress this has been for them. We don’t want to make it even harder.”