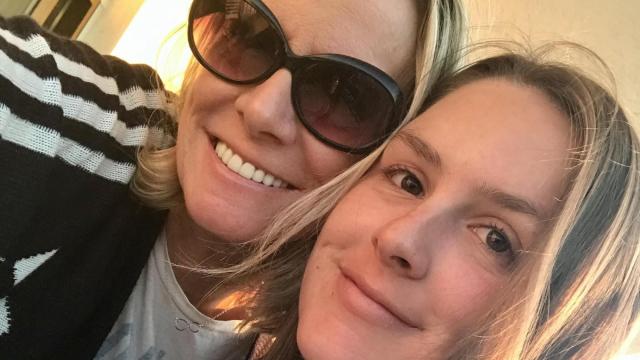 You know the game when someone asks you if you had to be on a desert island and you could only take a few people, who would you bring? This time in our history is a lot like that—we are all on desert islands, and for better or for worse, we are with our family.

In June 2000, when my oldest daughter was just six-months-old, she contracted bacterial meningitis. It was a scary time to say the least. We were fortunate to be one of the first patients to take advantage of WakeMed’s brand new pediatric emergency room. And with their swift intervention, and a 10-day hospital stay, my daughter not only survived what could have been a fatal disease, but she went on to thrive and become a healthy child with no adverse health effects from the experience.

What followed after the hospital was basically six weeks of quarantine. She could not go anywhere in public because she was immunocompromised—not to the grocery store, not to the mall or Target, not to a family gathering. For this reason, she was also not able to return to daycare. So, because she was quarantined, so was I.

This was before smart phones and before the internet was a mainstay of our lives. We were still reading actual books and we were at the mercy of whatever happened to be on television at any given moment. There was no streaming, no FaceTime, no social media, no texting, just plain old life alone at home with a baby. And while I don’t remember everything about this time, I don’t remember ever being angry about the situation or feeling like I was missing something by not going out in public.

Because it was summer, and we couldn’t take her to the neighborhood pool, we set up a little baby pool on the deck where I would sit her and play with her for hours. She also spent hours rolling around the den when it was too hot to be outside in a big round plastic walker with a bouncy seat and toys that made musical notes attached to the edges. We read books, hers and mine, took walks, and we took luxurious naps. It was almost like I was getting a second shot at maternity leave, only later with a baby who was much more fun and animated than an infant.

When it was time to back to work, I faced uncertainty. I had cobbled together a group of helpers to watch her in lieu of daycare, but I was still reticent to leave her with anyone after what she had been through. I remember that first day I put on a dress and makeup and fixed my hair, I wasn’t even in my car before I started crying. Somehow, it got better. I transitioned back into my job. She got stronger and healthier, and we were finally able to resume our normal lives.

Sometimes in life we have to draw upon lessons from the past—even the distant past—to decode our present circumstances. The experience of having a sick child who almost died has been a major part of my life story. I have a strong belief that there is not one second of time that we spend with our children that is ever wasted time. As I took a bike ride with her today, she with her AirPods in not wanting to participate in conversation, annoyed by my need to stop and take pictures, I reminded myself of this fact. If I’m going to be on a desert island, I choose her, I choose my family, and I choose them every time.