Imagine being just two days away from getting the COVID vaccine, then suddenly discovering you have the virus.

That was what happened to 68-year-old Frankie Ballard from Harnett County back in February. Since then, he's been in multiple hospitals.

Eight months later, a homecoming is near.

He remembers so little: Getting sick on the last day of January. Going to the hospital in early February. The dense fog of March, April, May, June – months blurred in his memory.

"I really came to around July 7, and I realized I had missed my Fourth of July party," said Ballard.

He was in a room at Duke Regional Hospital, having survived renal failure, cardiac arrest and ravaged lungs. At one point, doctors gave him a 5% chance of surviving. 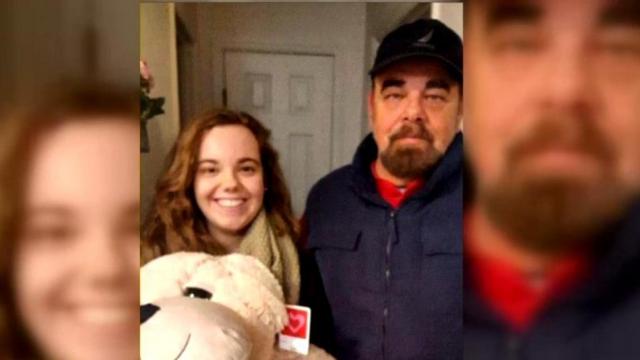 What happened first was the low-grade fever – when he was just two days from getting his first COVID shot. He got a COVID test, and spent a week at home. He couldn't breathe, and he went to the hospital in Lillington.

"He was worried about the ventilator. That was the scariest thing for him," said his daughter Hannah.

But on February 22, her father had to do what he had feared.

"He said he had to be intubated," she recalls, choked with tears.

For Hannah and her mom, Revonda Ballard, the emotional trauma is burned into memory.

"There were times when I'd look at him and say, 'He's not going to make it,'" she said.

They prayed. Prayed a lot.

"If it hadn't been for God, I wouldn't be here today," said Ballard.

Folks in his hometown of Erwin plan to adorn the streets with yellow ribbons and balloons.

What does he look forward to most about getting home? Getting into his old, comfortable, familiar recliner.

Ballard undergoes physical therapy every day, and he has received his first dose of the vaccine. He's still feeling good today. Now, he's just counting down the days until he's home at last.