In one pandemic reality, restaurants are packed. There are no coronavirus limits at college town bars. No social distancing dots speckling the floor. Some people are wearing masks, but even a weak proposal to make it a requirement in one city prompted an outcry. Welcome to South Dakota.

In another, hundreds of miles to the south, much of life is shut down. No dining inside restaurants. Capacity limits at Walmart. Shuttered bookstores, museums, hair salons, parks. A mask-wearing culture so widespread that someone put one on an old statue. Welcome to New Mexico.

This is the view from America’s two discordant, dissonant pandemic realities.

The pandemic and the nation’s disjointed response have taken the notion of two Americas to a new extreme. As known coronavirus cases in the United States have surpassed 12 million over the course of the pandemic, the daily routines of millions of Americans are now shaped by their ZIP codes, governors and beliefs about the virus: Do they wear masks? Go to school in person or online? Eat out? Get exposed to the virus? 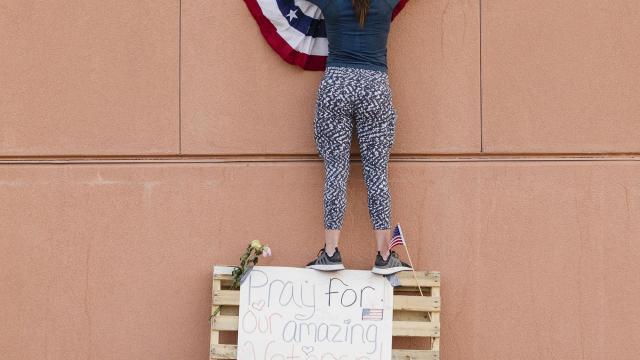 Hospitalization rates in South Dakota have been the highest in the nation, but a conservative frontier philosophy dominates the state’s approach. Some towns, stores and school districts require masks or social distancing, but as a whole, South Dakota has the fewest restrictions of any state, with neither a mask mandate nor significant limits on businesses. Gov. Kristi Noem, a Republican, has called that distinction a badge of freedom and criticized restrictions as ineffective and economically destructive. 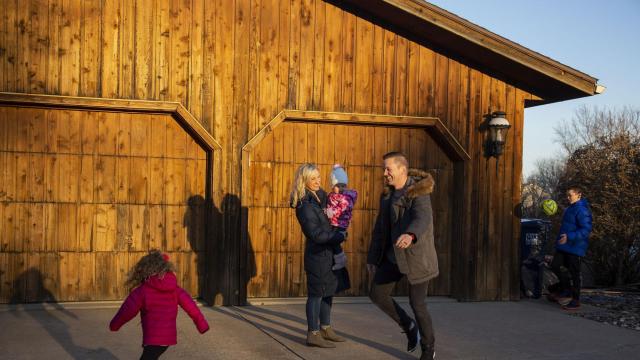 As the virus surged in New Mexico, Gov. Michelle Lujan Grisham, a Democrat, on Monday put the state’s 2 million residents under some of the toughest restrictions in the country, issuing a two-week stay-at-home order, banning restaurant dining, setting capacity limits on grocery stores and closing indoor malls, movie theaters and gyms. The limits clash with the wide-open feel of a place where the skyscrapers are mountain ranges, and have exacerbated months of anxiety and economic pain.

“It’s something that my mailman said several months ago,” said state Rep. Angelica Rubio, a Democrat who represents Las Cruces. “He said we should have never started calling it social distancing. What we should have called it was physical distancing. The basic concept of the language that we’ve used to try to deter people from being physically together — how could we still have some kind of community regardless of that?”

South Dakota and New Mexico are living two different economies: one wide open, the other bolted shut. With pain on both sides.

It felt like going back in time. A Saturday night in Vermillion, home to the University of South Dakota, and bars and restaurants were brimming with parents celebrating after the state high school football championships.

Chad Grunewaldt hung a “Masks Expected” sign at the front door of his two-story bar, the Old Lumber Company. Like many businesses, he left the decision up to staff and patrons. Some servers and bartenders have gotten sick, and Grunewaldt said he sends them home and welcomes them back when they recover. But he was wary of the growing calls for mask orders and restrictions on business.

“It’s not a dictatorship,” he said.

In New Mexico, the virus has pummeled the economy, which has long been one of the country’s poorest. Unemployment in the state has risen to 8% during the pandemic — roughly the same as Arizona, its Republican-led neighbor — and small-business owners voice widespread fears about closing down.

South Dakota’s economy, which Noem has declared “open for business” during the pandemic, has fared better, with unemployment at 3.6%, well below the 6.9% national average. But critics wonder about the public health costs of staying open.

Right now, South Dakota has the country’s second-highest rate of new cases. More than 7% of the state’s residents have tested positive. New Mexico has fewer cases per capita but a more alarming trend line. Although reports of new infections have started to level off in South Dakota, daily case numbers have more than doubled over the past two weeks in New Mexico.

In New Mexico, Tom Hutchinson laid off 80 employees at his two restaurants in Mesilla, a small town next to Las Cruces, on the first day of the governor’s ban on dine-in service. Because of the prohibition on large gatherings, many of the workers found out through an online scheduling system and notices posted at the restaurants.

“That’s a hell of a way to tell somebody,” Hutchinson said. “I’d love to be able to pay them, but we have no revenue to pay them with.”

His 81-year-old restaurant, La Posta de Mesilla, is a kind of museum, if museums smelled of enchiladas. Tucked into an old adobe stagecoach stop, it sits across the street from the building where Billy the Kid was convicted of murder in 1881.

“It’s sad as hell to walk through this place and not see anybody,” Hutchinson said.

South Dakota’s absence of restrictions lets people live unmasked and near one another. That reality is unthinkable in New Mexico.

In Sioux Falls, Joy Howe has never worn a mask or taken a COVID test. She vows she never will.

She has fashioned a life seemingly unfazed by the pandemic raging around her. Unmasked church services on Sundays. In-person piano lessons for her children on Tuesdays and Bible classes on Wednesdays at their evangelical church. Sioux Falls passed a mask mandate this week, but Howe said she will not follow it.

She is planning a menu of turkey, carrot casserole and strawberry-glazed fruit salad for Thanksgiving, when 20 family members will pile into her house.

It is all deliberately, defiantly normal. “We have never stopped doing anything we’ve always done,” she said. People across the rest of America, she said, “are losing their souls. And with that they will lose this country.”

In New Mexico, Mary Helen Ratje, 67, usually wears a mask when she ventures outdoors. She has been tested four times. She does this not so much for herself, but for her father, who turned 100 in August.

Her father, J. Paul Taylor y Romero, who served for 18 years in the New Mexico Legislature, stays indoors most days at his adobe home, except for trips to the doctor and an occasional drive with his family.

“I think that if the governor and our city hadn’t taken the steps that they had, people would feel like they have more freedom to be around elderly people like my dad,” said Ratje, who teaches at a charter school named for her father. Interviewed by telephone, Taylor said he was doing pretty well “for a 100-year-old guy.”

“My kids are very protective of me; I should tell you that,” he said. “I think they all think I’m going to die, but I’m not ready to die.”

Can one nation weather two irreconcilable views of the pandemic? Families and friendships are already fraying.

Allison Byington, who lives in South Dakota, said her mother recently called her a murderer for refusing to wear a face mask. “We don’t have a relationship anymore,” Byington said.

Byington sees not masking as her decision. She does not wear one when she sets out on Mondays to comb through thrift stores for the online resale business she runs with her husband. They pulled their 8-year-old son from school when the district required masks.

Byington’s mother, Jeannie Ammon, said she is simply trying to keep herself, her husband and an ailing oldest daughter alive. She said her youngest daughter had unfriended her on Facebook.

“It’s caused a lot of strain in the family,” Ammon said. “We feel like we’re just skipping over land mines.”

In the suburbs of Sioux Falls, the pandemic has made Lacey Wingert’s family feel like strangers to their home state.

While the family cloistered in their home beside farm fields, their Instagram feeds were an endless stream of birthdays, football games, weekends at the corn maze, kids unmasked and happy and living a life that didn’t exist for the Wingerts’ four children anymore.

Wingert’s 13-year-old son, Conner, is at high risk because of a heart condition and a collapsed lung he suffered at birth. A few weeks ago, with cases rising and many students maskless at school, Wingert decided to enroll her children in online classes. Conner said he wished his school had just insisted on masks.

In both realities, there is a shared truth. People are exhausted and grieving.

Between 12-hour shifts in a COVID-19 ward in Sioux Falls where every bed is full, Dianne Dansman tried to pop into a dollar store. Inside it was so crowded. Almost nobody in masks. She fled.

She would like people to stop calling her a “masker” or “one of those” when she wears a face covering. She cringes when shoppers curse at the volunteers offering masks at the entrance to grocery stores. She would like to not feel this hopeless.

“Nobody’s on the same page of this book,” she said. “There are days when you drive home in tears.” In Las Cruces, relatives huddle outside intensive care unit windows at Memorial Medical Center, staring at their loved ones. Next to the bushes and shrubs, they rest their hands on the glass and tape trinkets and crucifixes to the windows.

With no one allowed inside, one family uses a wooden pallet as a stepping stool because some of the windows are too high off the ground.

Relatives and friends of Sylvia Garcia, 60, have gathered outside since she arrived three weeks ago. She used to tease her children, telling them she did not have three children but hundreds of them. She has been a teacher for decades.

Dominic Garcia, 26, the youngest of her children, said no one knows how she got infected. He heads nightly to the ICU windows straight from work, his hands and cargo pants still smeared with paint.

Early one evening, a stranger walked up to the Garcia family and another family outside another window. The woman was holding two pizza boxes. She handed each family a pizza and quickly walked back down the sidewalk.

She had a mask on her face and tears in her eyes.