Coronavirus: What parents should do now, is that spring break trip possible, and how to help kids understand it all 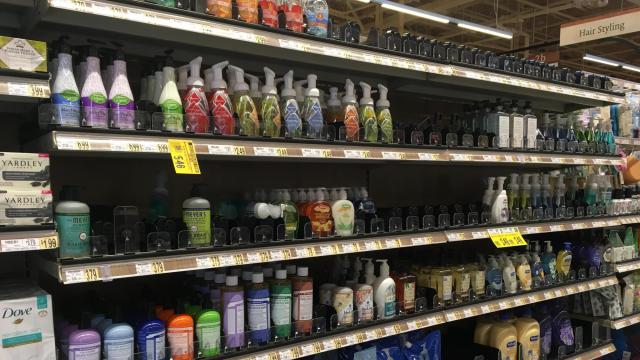 As reports of coronavirus diagnoses pop up across the country — from Washington state to right here in Wake County — shoppers are clearing out store shelves of supplies, parents are considering what they'd do if schools closed to prevent the spread of the flu-like illness and many are wondering what to do about those spring break plans.

So far, at least 60 countries have reported cases of COVID-19. the illness caused by the virus. More than 3,000 people, mostly in China, have died globally, according to the March 2 update from the World Health Organization. In the United States, 10 states have reported a total of 43 infections, according to the Centers for Disease Control and Prevention's March 2 update.

For some parents who are focused on the headlines, news of the illness and the potential for widespread transmission is leading to plenty of anxieties about the health and safety of themselves and their kids.

Should they be doing something now? Can they still go on that long-planned spring break trip? How can they talk about the news with their kids without worrying them about their own safety?

Dr. Cheryl Jackson, division chief of pediatric emergency medicine at UNC Health and medical director of the new UNC Children's Urgent Care Clinic in Raleigh, has some good news for parents of children who are otherwise healthy.

According to the latest reports, "kids have not been as severely affected as adults," Jackson said in an interview.

According to the CDC, children are not more susceptible to the illness. Most confirmed cases in China are in adults. And kids who get sick generally suffer from cold-like symptoms, including a fever, runny nose and cough, that they recover from with rest and liquids. (According to the World Health Organization, older people and those with underlying illnesses such as asthma, diabetes and heart disease are more vulnerable to becoming seriously ill from it.) 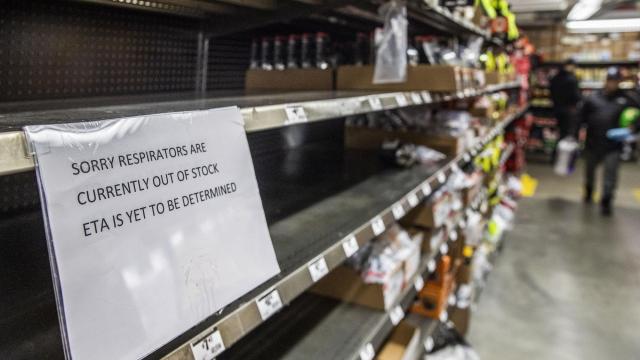 What should parents do about the coronavirus right now?

Wash your hands, gather some supplies, teach your kids to not touch their faces and ... wash those hands, Jackson said. And if you're sick, stay home.

"I would take your guidance from the flu," she said.

Good hand washing is critical, she said. The American Academy of Pediatrics has some tips for helping young children wash their hands. The CDC recommends scrubbing them for at least 20 seconds, singing Happy Birthday or another 20-second ditty, to time yourself. When there is no soap and water, hand sanitizer can work, but it should contain at least 60% alcohol.

Jackson also won't give a side-eye to anybody who is stocking up on Clorox wipes and Kleenex right now either ... because of the flu.

"We have lots of influenza in North Carolina right now," she said. "We're seeing tons in the emergency department. I'm not going to say it's not important to have Clorox wipes and Kleenex."

While nobody is setting dates for a quarantine in North Carolina at the moment because of the coronavirus, gathering some items isn't a bad idea either, Jackson said.

The World Health Organization's director-general has said that the coronavirus has the potential to become a pandemic, and the chances are growing, a top CDC official told Congress on Tuesday. Before a pandemic, the Department of Homeland Security recommends storing two weeks worth of supplies, including food and medications, so you can limit your travel away from your home if one does strike.

You also might want to ensure you have flu and cold remedies on hand while you're at it, including pain relievers, cough and cold medicines, chicken soup and liquids, in case somebody in your household becomes sick. A digital thermometer and a humidifier also can help. That's because treatment for the coronavirus is very similar to treatment for the flu or cold, Jackson said, and includes plenty of rest, liquids and acetaminophen or ibuprofen.

If you don't use the gathered supplies, think about it this way: You'll be ready for hurricane season, which starts in June. The preparations are very similar.

Most schools in the Triangle will be off for spring break during the first or second week of April, and many families have plans to go out of town. Should you?

"I wouldn't say cancel plans," Jackson said, "but I would say be aware that right now this is an ever-changing situation."

It's difficult to predict what the situation will be like a few weeks from now, she said.

"It's very hard to know," she said. "I think, in general, you don't have to stay indoors or barricade yourself in your house. And whether you're at Universal or at the mall in Raleigh, it's important that you use the regular precautions."

And that includes washing your hands, coughing into your sleeve and using hand sanitizer when you can't find soap and water.

Right now, the CDC has travel warnings for a handful of countries — China, Iran, South Korea, Italy, Japan and Hong Kong. The CDC also provides other guidance for those planning cruises or airplane travel, but it doesn't recommend avoiding those either.

How can I talk to my kids about the coronavirus?

I've fielded questions from both my 10-year-old and 15-year-old about the virus and their chances of getting it. But I've been careful to not have news about it take over our lives, and I've stuck to the facts.

Older children and teens may already be tuned into the headlines on their own phones and devices. But with younger children, it's important to minimize the amount of non-stop news they see on the television or hear on the radio, she said.

"At the same time, it's not a bad idea to say, 'Hey, what have you heard? What do you think about it?" she said.

With any child, talk about the virus in age and developmentally appropriate ways, she said. She doesn't recommend trying to ease their worries by saying "there nothing to worry about."

"Keep it simple," she added. "And stick to the facts."

Tell them, she said, "the facts are that it's a virus. Viruses are contagious. Just like influenza. Just like a cold. We've seen friends at school get sick, and when we get sick, we stay home and rest."

For older kids and teens who might be doing their own Google searching to learn more, send them to reputable sites such as the CDC to ensure they're getting the right information.

Jackson said parents can also reassure their kids by letting them know that local health care professionals are ready.

"We live in an area where there are lots of hospitals, and we prepare for this all the time," she said. "We know what to do. We know how to treat you. If things change, we are prepared to handle it. The same for the CDC. We have plans."

The American Academy of Pediatrics also has tips for talking to children about disasters and emergencies.

Finally, said Jackson, be sure to quash any talk that the virus is reason to fear people from China or those who are Asian.

"Anybody is susceptible, and anybody can get a disease," she said. "This is not an Asian person problem. We don't want to create new stigma about whole classes of people."