Coronavirus has killed 1 million people worldwide. Experts fear the toll may double before a vaccine is ready 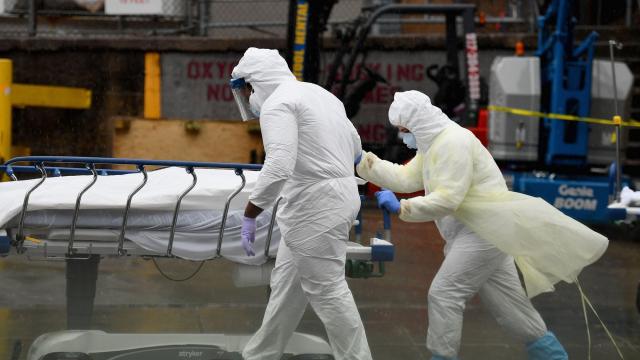 CNN — More than 1 million people have died from the coronavirus worldwide, marking another milestone in the pandemic's brief but devastating history.

The death toll from the coronavirus, which causes Covid-19, now stands at 1,000,555, according to data from Johns Hopkins University.

The grim tally has been reached in less than nine months since the first death caused by the coronavirus was confirmed by Chinese authorities in the city of Wuhan.

Since then, the virus has disrupted the everyday lives of billions of people around the globe and caused widespread economic damage. More than 33 million cases have been confirmed worldwide and outbreaks continue to plague many countries.

Europe, which became the second epicenter for the virus after China, imposed widespread restrictions on people's movements in the spring in an effort to curb its spread. While the measures had some success, a number of countries that were badly affected early on -- such as France, Spain and the United Kingdom -- are now battling to rein in a second wave.

The United States, with more than 7 million cases and more than 205,000 deaths according to Johns Hopkins University data, has been the worst-affected nation overall.

President Donald Trump is widely viewed as having mishandled the federal response to the pandemic and, despite the country's wealth and advanced health care systems, it has struggled to bring infections under control. Now, some experts fear Trump could pressure scientists into authorizing or approving a Covid-19 vaccine without a full formal review process for political gain.

Trump has repeatedly defended his handling of the pandemic. But he and the White House have been widely criticized for flouting government guidelines designed to limit the transmission of Covid-19, including social distancing and wearing a mask.

On the other side of the world, India has surpassed 6 million confirmed coronavirus cases, making it the second worst-hit nation globally after the US.

Although the number of reported cases had been steadily increasing since March, India's epidemic intensified in June, when transmission began increasing at an exponential rate. It took almost six months for India to record 1 million cases on July 17. It added 4 million more in the space of just two months.

More than 95,000 people have died with coronavirus, according to India's health ministry. However, some scientists in India warn that the numbers are incomplete and misleading.

Latin America has also seen increasing rates of coronavirus infection, with the number of confirmed cases soaring in recent weeks in Brazil, Peru, Mexico, Colombia and Argentina, according to data from Johns Hopkins University.

More than 141,000 people have died with coronavirus in Brazil, the second highest total in the world. Another 76,000 people have lost their lives to the virus in Mexico.

So far, death rates in Europe's second wave are still well below their peak in April. Experts warn, however, that the signs point to more tragedy ahead this winter.

Measures such as social distancing and mask-wearing have become the norm and the latest spread of infection has been primarily among younger people, who are less likely to die if they contract the virus.

But colder weather is beginning to set in and the flu season is approaching. The infection is spreading to older populations, and there are signs that people are growing tired of adhering to the restrictions.

Hospitals are now better able to diagnose and treat the virus, meaning mortality rates for ICU patients in some European countries have dropped from about 50% during the spring to roughly 20%, Michael Head, senior research fellow in global health at the UK's University of Southampton, told CNN.

But Bulgaria, Croatia, Malta, Romania and Spain have all been seeing sustained death rate increases.

Many around the world are pinning their hopes for a return to normal life on the swift development of a coronavirus vaccine. There are currently 35 vaccines in human trials around the world but no certainty as to when any will be approved for general use.

Dr. Soumya Swaminathan, chief science officer at the World Health Organization, warned that it could be 2022 before people can begin thinking about returning to "pre-Covid" life.

Meanwhile the number of deaths from the coronavirus keeps growing. It took until the end of June for the global death toll to reach 500,000, but only three months since then (June 29) for that tally to double.

The prospect of 2 million global deaths from Covid-19 is "certainly unimaginable ... but it's not impossible," Dr. Mike Ryan, head of WHO's emergencies program, said Friday.

"(If) we look at losing a million people in nine months, and then we just look at the realities of getting a vaccine out there in the next nine months, it's a big task for everyone involved."

The virus is proving hard to keep under control even in countries that saw early success in tamping down transmission.

Back in April, Israeli Prime Minister Benjamin Netanyahu boasted that his country had shown the world how to contain coronavirus and he hoped it would show the world how to restart an economy emerging from lockdown. Now Israel is possibly the first in the world to impose a second general lockdown because of a resurgence of infections.

A week into its second lockdown, Netanyahu announced a significant tightening of restrictions as cases continued to rise, including strict limits on protests and prayer groups and a wider closure of places of work.

Other governments will hope to avoid following in that path as they battle to keep their populations safe and economies afloat.