Cornell Cuts Ties with Chinese School After Crackdown on Students 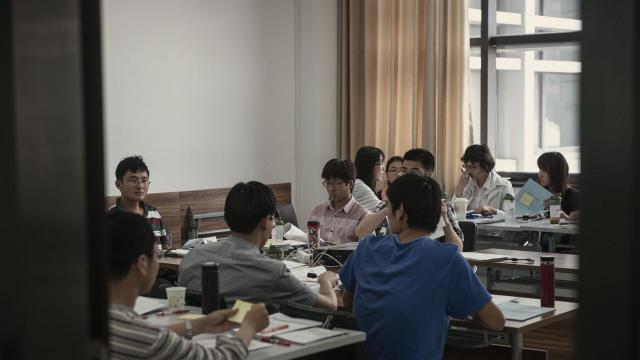 BEIJING — Faculty members at Cornell University said Monday that they were cutting ties with a leading Chinese university after reports that it was harassing and intimidating students leading a campaign for workers’ rights.

Scholars at Cornell’s Industrial and Labor Relations School said they were suspending a 6-year-old research and exchange program with Renmin University in Beijing after the school punished at least a dozen students who joined a nationwide call for better protections for low-income workers in China.

The student activists, who describe themselves as followers of Mao and Marx, say they are fighting to defend the working class and the legacy of communism.

The governing Communist Party, which sees mass movements as a threat, has detained dozens of activists and ordered universities, including Renmin, to help suppress what has become one of the most tenacious student protests in China in years.

Eli Friedman, an associate professor at Cornell who oversees the program, said Renmin’s actions — including compiling a blacklist of student activists and allowing protesters to be sent home and monitored by national security officials — represented a “major violation of academic freedom” that Cornell could not tolerate.

“Their complicity in detaining students against their will is a serious red line for us,” he added.

Friedman said he had expressed his concerns this month to Liu Xiangbo, a vice director of Renmin’s School of Labor and Human Resources. Liu responded by saying that the students had violated disciplinary standards, according to Friedman.

The decision was a rare rebuke of China’s increasingly strict limits on human rights. Many U.S. universities, seeking money and a global presence, have compromised on values of free speech in forging partnerships with Chinese schools.

Despite the decision to suspend the program, which The Financial Times reported Sunday, Cornell will maintain other academic programs in China, including a center in Beijing.

“I’m sure Cornell’s decision can have a positive effect on other universities, encouraging them to put principle above making money,” said Patrick Poon, a researcher at Amnesty International in Hong Kong.

Officials at Renmin did not respond to a request for comment, but student activists at Renmin praised the move by Cornell.

“We should have academic freedom,” said Xiang Junwen, 21, an economics major.

Xiang has accused the university of trying to intimidate his mother and of monitoring his activities.

The student-led movement for workers’ rights began over the summer, when dozens of students converged in the southern province of Guangdong to help a group of factory workers seeking to form a labor union without the party’s official backing.

The movement has since spread to college campuses across China, finding support among a small group of students steeped in leftist ideology who say that workers are being neglected as China embraces capitalism.

The campaign has struggled to survive in the face of repeated efforts by police to crush it. Several leaders of the effort are still in detention, including Yue Xin, a recent graduate of Peking University in Beijing, one of the first to draw attention to the plight of workers in Guangdong.