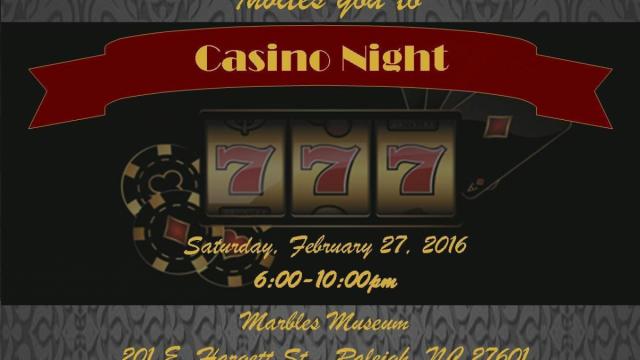 Raleigh, N.C. — Gov. Roy Cooper on Wednesday vetoed legislation meant to legalize charitable casino nights, saying he fears the bill would open another door for a video poker industry the state has worked to stamp out for years.

Cooper said in a statement that he's not against charities holding the occasional game night to raise money, but House Bill 511 "could cause unintended problems."

"Legitimizing charitable gambling in this way could give video poker a new way to infiltrate our communities," Cooper, a Democrat, said in a short veto statement emailed to media. "Allowing the industry to masquerade as a charity could cause unintended permits to be issued, and without tough criminal penalties, enforcement would be difficult."

Legislators from both sides of the aisle had their own issues with this bill, worrying that it could be abused. Sponsors said it was innocent in intent, formally legalizing events nonprofits already use to raise money in the state. The bill was repeatedly debated and amended during session, eventually passing the House 76-32 and the Senate 27-15.

Republicans hold a veto-proof majority in each chamber, but given bipartisan support for and against the bill, an overturn could prove difficult. It would take a vote of three-fifths of the members present in both chambers to override Cooper's veto.

State Rep. James Boles, the Southern Pines Republican who sponsored the measure, said he wasn't sure of the measure's prospects going forward. He criticized the governor, saying he believed the bill language to be fine.

"He was gung-ho to sign a bill that allows drinking before church is out," Boles said, referencing the so-called "brunch bill" allowing alcohol sales before noon on Sundays. "But non-profits can't raise money."

The governor signed a bill Wednesday that will add lessons on what to do when pulled over by law enforcement to the state's driver's education curriculum. This legislation, House Bill 21, passed both chambers unanimously.

The state will develop this curriculum in consultation with the State Highway Patrol, the North Carolina Sheriff's Association and the North Carolina Association of Chiefs of Police, and information will also be included in driver's license handbooks. Among other things, the lessons will include appropriate interactions with law enforcement officers.

Other bill signings announced by the Governor's Office (with summaries provided by the office):