Raleigh, N.C. — As students marched in locales around the world Friday to demand action to fight climate change, protesters disrupted a meeting in Raleigh to update state plans to cut greenhouse gas emissions by 40 percent by 2025.

Gov. Roy Cooper set the ambitious goal a year ago and created a state Climate Change Interagency Council to help meet it.

"This is an imperative for this administration," he said Friday.

While the Southern Environmental Law Center, the League of Conservation Voters and other environmental advocates praised the plan, some protesters called it a "greenwash" that doesn't go far enough.

While Cooper spoke with members of the council at the beginning of Friday's meeting at the North Carolina Museum of Natural Sciences, protestors interrupted him, shouting "act, act, act" and holding up signs accusing him of "climate hypocrisy."

About a dozen people had to be escorted out of the museum by police.

Amanda Robertson, a climate activist who helped organize the protest, said the governor needs to revoke state permits for the planned Atlantic Coast Pipeline, which is on hold because of legal challenges but is eventually expected to move fracked natural gas from West Virginia to southeastern North Carolina. 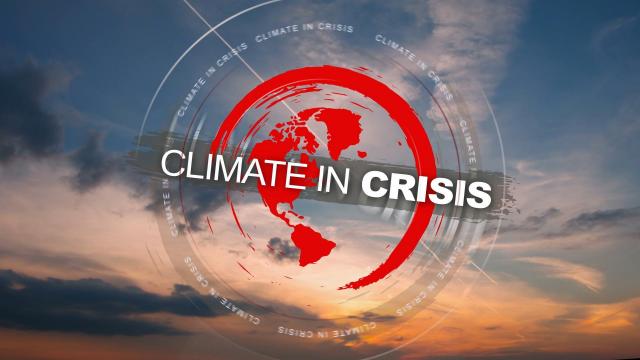 Protestor Jim Warren with NC WARN said the methane released by the hydraulic fracturing process to free natural gas trapped in underground shale is even worse for global warming than carbon dioxide.

"Gov. Cooper has to stop dodging these inconvenient truths and stop repeating the corporate PR by these giant polluters," Warren said. "The hour is late, people."

Protesters also called on Cooper's administration to slow down large-scale deforestation in the state by the wood pellet industry, saying that the pipeline and the deforestation will hurt low-income and minority communities most.

"The people that were working on this [climate plan] were told not to include the methane from fracked gas and not to include the biomass that [wood pellet firm] Enviva and the like are producing," Robertson said outside the meeting. "That’s not included in the plan. If you can’t include those, then this is not – it’s a sham. It really is just a sham. That’s where the hypocrisy comes from. He’s trying to look good, like he’s the big clean-energy governor."

Cooper said methane and gas pipelines will be part of the larger discussion as the plan moves forward.

"I certainly understand the feelings," he said. "People want us to move fast, and we do have to move fast. What we [also] have to do is move effectively and to make sure we aren’t just pounding the table and screaming, that we are actually getting something done toward moving us to a clean economy."

Under Cooper's plan, each state agency under his control is to come up with a plan to cut emissions over the next six years to meet the overall 40 percent reduction goal.

The Department of Transportation, for example, plans to put more zero-emission vehicles on the road and add more places to charge them. The Department of Commerce is looking to accelerate development of a green-energy workforce.