Cooper names 3 to board that sets electricity rates, including Durham senator 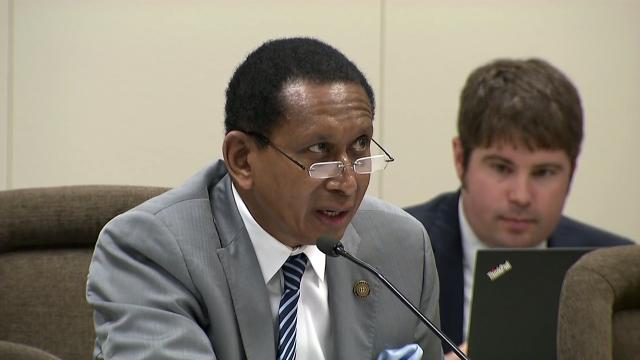 Raleigh, N.C. — Gov. Roy Cooper named three new appointees to the North Carolina Utilities Commission this week, which could mean a shift in philosophy for a body that decides electricity rates.

Durham would also need a new state senator if Cooper's appointments are confirmed by lawmakers, because one of them is Sen. Floyd McKissick, D-Durham.

McKissick said Wednesday that his son, 36-year-old Floyd McKissick III, may be interested in serving out his term.

Cooper would replace three members on the commission, including its current chairman, Ed Finley, a former industry attorney first appointed to the commission by Gov. Mike Easley in 2007 and reappointed by Gov. Bev Perdue.

Cooper wants Kimberly Duffley, a senior staff attorney at the commission now, to replace Finley on the board. McKissick would replace Commissioner James Patterson and UNC School of Government Associate Professor Jeff Hughes, a former Chatham County public works director who had a hand in developing Poland's utility regulations, according to his resume, would replace former state Rep. Jerry Dockham.

All three appointments are subject to confirmation by the General Assembly. Cooper would name a new chairman later.

Utility companies come before the Utilities Commission when they want to raise rates, and the commission sets those rates in a process that proceeds much like a trial, with both sides interviewing experts and putting on evidence. The Public Staff argues on behalf of the public in that process, often negotiating rate requests with Duke Energy and other utility companies in deals that have to be approved by the commission.

John Runkle, a retired attorney who has represented environmental groups in this process, said the appointments look like "a fairly substantial change" in favor of customers.

"If the legislature confirms these three, there'd be a major change," Runkle said.

McKissick said that, with the commission set to reconsider how much customers should pay for coal ash cleanups that Duke will be required to do around the state, and with other environmental and clean energy issues on the horizon, Cooper is looking for a shift at the board.