Cooper, lawmakers split on how to pursue vouchers case 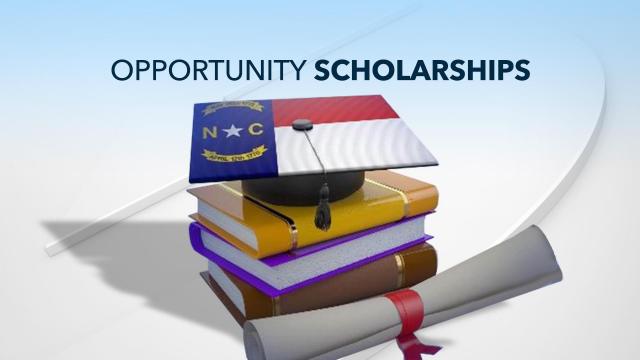 "The legislative leaders also said they are considering formally intervening in the lawsuit, after Attorney General Roy Cooper refused to appeal the ruling late last month," read the release, which went on to quote Berger and Tillis as saying they were worried "a single trial court’s ruling could trap underprivileged children in schools that don't fit their needs for another school year."

However, in a letter dated March 31, Cooper's office says the attorney general will defend the law, just not in the way that legislative leaders want.

During the 2013 legislative session, lawmakers created a program that would provide $4,000 scholarships for low-income students to attend private schools.

The North Carolina Association of Educators and the North Carolina School Boards Association filed separate suits against the voucher law. Dozens of local school boards also challenged the legality of the program, saying the state constitutional does not allow this sort of transfer.

The state had been set to hold a late-February lottery to see which students would get taxpayer backing for private education when Judge Robert Hobgood put the state voucher law on hold until a full court hearing could be held to determine whether the program is constitutional. Cooper declined to appeal that Feb. 21 injunction.

In a letter to Berger and Tills, Chief Deputy Attorney General Grayson Kelley said the better course would be to move forward with defending the program itself.

"If the courts ultimately uphold the legislation, the program can move forward," Kelley wrote in the March 31 letter.

Parents who wanted to take advantage of the scholarships are represented by the Arlington, Va.-based Institute for Justice. When Cooper refused to ask the state's appellate courts to overturn Hobgood's order, the parents did.

Already, the state Court of Appeals has refused what is known as a writ of supersedeas, which would have allowed the voucher program to move forward. The parents have now asked the state Supreme Court to set aside Hobgood's ruling.

While Cooper has refused to ask higher courts to set aside Hobgood's order, Tillis and Berger say that he should.

"We strongly urge you to revisit your decision not to appeal the February 28, 2014, entry of preliminary injunctions," . "Without an expedited appeal, these injunctions likely will deprive North Carolina's parents of access to the school of their choice for an entire academic year...The North Carolina General Assembly has a strong interest in obtaining immediate appellate review of a single trial court's injunctions preventing enacted laws from taking effect statewide."

But Kelley said there is good reason to fight the case on its merits before letting the scholarships move forward.

Lawmakers set aside $10 million to pay for the scholarships. Kelley cites that cost in his letter.

"We are also concerned about the potential ramifications for parents, students and schools if the legislation is struck down," he writes, adding "$10 million expended through an unconstitutional program could raise significant issues, including whether the scholarship funds should be repaid."

But Berger and Tillis want to support the action of the parents appealing Hobgood's order. Their release, according to staffers, indicates the two will in some way support the request made by the parents in the case. One way they could do that is by submitting a brief in support of the parents. That would create the curious situation in which one arm of the state government is taking an action with which another branch of the government disagrees.

For decades, only the Attorney General's Office has been in a position to defend state laws. But the waning hours of the 2013 legislative session, lawmakers gave legislative leaders standing to intervene in constitutional challenges to state laws. This means two different groups with different political agendas and different opinions on legal strategies could be attempting to the defend the state in the same case.

Any action involving Cooper, a Democrat, and the defense of laws passed by the Republican-lead General Assembly is laden with political significance. Cooper is seen as a likely gubernatorial candidate in 2016.