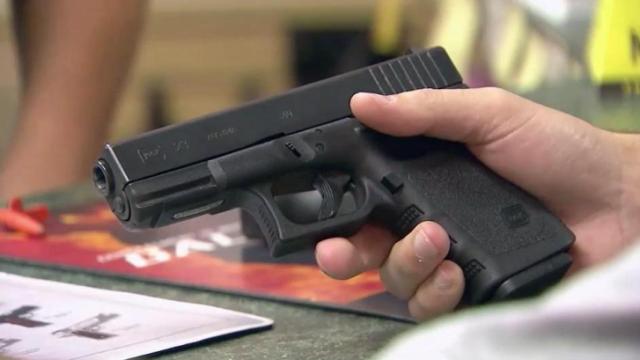 Raleigh, N.C. — Attorney General Roy Cooper on Monday called on state lawmakers to approve legislation that would prevent anyone being monitored by the FBI as a terror suspect from purchasing firearms in North Carolina.

"Stopping terror suspects from getting weapons that could harm our state and its people makes common sense," Cooper said in a statement. "Even if Washington won't act, we can."

In the wake of last week's mass shooting in San Bernardino, Calif., the U.S. Senate voted down a measure that would have curtailed the gun rights of people on the government's no-fly list and other FBI databases of terror suspects.

Cooper, a Democrat hoping to unseat Republican Gov. Pat McCrory next fall, quoted a statistic from the U.S. Government Accountability Office that more than 2,000 terror suspects legally purchased guns in the United States from 2004 to 2014.

The General Assembly has been loosening gun restrictions in recent years. This summer, for example, lawmakers passed legislation expanding where people with concealed carry permits can take their weapons and limiting the ability of county sheriffs to delve into the background of someone applying for a pistol purchase permit.

Rep. Leo Daughtry, chairman of the House Judiciary I Committee, said he doubts lawmakers will take up Cooper's proposal in the legislative session that begins in April.

"You have a constitutional problem with saying some people can buy a gun and others can't," said Daughtry, R-Johnston. "You'd open up a whole can of worms."

Although state law already prohibits some people from buying firearms, he noted that they usually have been convicted of a crime already and aren't merely suspected of possibly posing a threat.

In addition to legal concerns, Daughtry said that legislative rules could preclude consideration of a firearms bill during the short session as it wasn't considered in the 2015 long session.

"Considering anyone can be placed on the terror watch list for any number of reasons arbitrarily, it is equally as scary that our state's elected attorney general and top law enforcement officer is for stripping our citizens of their constitutional rights and denying them due process in order to score points with the far-left elements of his party," GOP chairman Hasan Harnett said in a statement.