Cooper: Charlotte transgender ordinance shouldn't be a priority for lawmakers 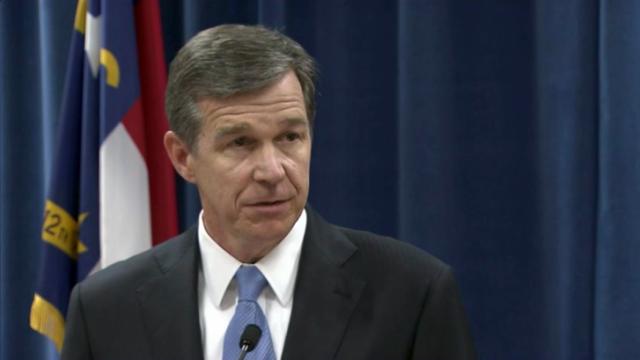 Raleigh, N.C. — Attorney General Roy Cooper said Tuesday that he does not think lawmakers need to step into the fight over Charlotte's transgender rights ordinance.

"I think it's important that everyone feels safe," Cooper said as he left a Council of State meeting. "Even with the passage of this ordinance, it doesn't change anything in the North Carolina criminal law. Investigators, prosecutors still have the ability to arrest criminals."

The Charlotte measure broadly defines how businesses must treat gay, lesbian and transgender customers, but as in other cities recently, the debate has focused on bathrooms. In particular, the ordinance would allow men and women who identify as something other than their birth gender to use the bathroom in which they are most comfortable.

Cooper did not address whether he thought the Charlotte City Council was right or wrong to pass the ordinance in the first place. But he did say lawmakers have more pressing issues to deal with.

"We've got 4,500 people who have lost jobs since Jan. 1. We have teachers leaving the state of North Carolina. We have about $400 million in taxes that have just been put on North Carolina middle-class families," he said. "This is the issue the governor wants to talk about and bring before the General Assembly? I don't think so. I think we need to be working on priorities that help North Carolina families and help public education. That's what we should be concentrating on, not this."

Cooper, a Democrat, is the front-runner for his party's nomination to run for governor, setting up a showdown with Republican Gov. Pat McCrory.

McCrory said Monday that he did not want lawmakers to return to a special session to tackle the Charlotte ordinance, but he said it should be the first thing addressed when they return to work on April 25.

"An attorney general – a state's top lawyer and chief law enforcement officer – has a sworn obligation to promote public safety and represent the people above special interests," McCrory campaign manager Russell Peck said in a statement Tuesday. "In supporting a radical special interest plan to open bathrooms and locker rooms to the opposite sex, Roy Cooper is failing families and children across North Carolina."