Conway declares state of emergency due to 'recent criminal activity' 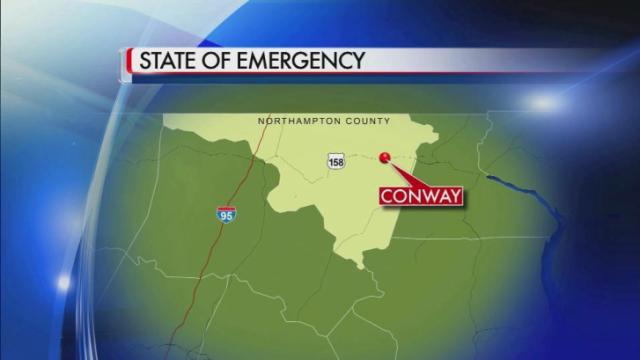 Conway, N.C. — The mayor of a small town in Northampton County issued a state of emergency Friday due to what he called "recent criminal activity" in the area.

Conway Mayor Brian Bolton said that a curfew is not in effect, but a proclamation from the town asked residents to stay off the streets between 11 p.m. and 6 a.m. It also says that no one can possess or consume alcohol unless they are on their own property.

The state of emergency is in effect until 6 p.m. Monday.

Authorities in Conway recently charged four men in the death of 24-year-old Shuntavius Vaughan, who was shot on June 26.

Brandon Joyner, 24, turned himself last week, but authorities are still searching for Rumeal Daye and Akeem Robinson. Daye and Robinson, both 24, are each charged with first-degree murder and firearm possession by a felon.