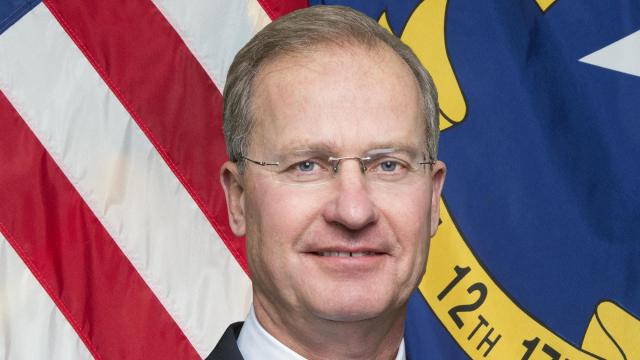 Washington — A former head of North Carolina's environmental agency has been appointed to an advisory panel at the U.S. Environmental Protection Agency in a controversial overhaul of the panel by EPA Administrator Scott Pruitt.

EPA administrator Scott Pruitt announced appointments to the Science Advisory Board on Friday in the wake of new guidelines that prohibit scientists who receive EPA grants from serving on advisory panels that provide critical expertise and oversight for federal policymaking.

"To ensure that EPA is receiving the best independent scientific advice, I am appointing highly-qualified experts and scientists to these important committees," Pruitt said in a statement.

The agency noted that all board members have "committed to remaining financially independent from EPA grants during their tenures."

Among the new appointees is Donald van der Vaart, who served as secretary of the Department of Environmental Quality under former Republican Gov. Pat McCrory. Under van der Vaart, North Carolina sued the federal government over the Clean Power Plan, which sought to limit pollution from power plants, and an expansion of the Clean Water Act. He also backed restrictions on solar farms and pushed more incentives to expand nuclear energy in the state.

The new chairman of the Science Advisory Board is Michael Honeycutt, a toxicologist at the Texas Board of Environmental Quality who has fought against stricter ozone standards and helped relax chemical regulations in Texas. Other new members include Larry Monroe, a former executive at Southern Company, an Alabama gas and electric firm; Merlin Lindstrom of Phillips 66, a Texas fuel company; Robert Merritt, a retired executive from petrochemical firm Total; and Kimberly White of the American Chemistry Council, the most prominent trade association for chemical manufacturers.

Pruitt purged six university researchers from the board, and critics say the moves will make the board less independent and will undermine policymaking based on evidence-based science, as EPA grants are a major source of funding for independent academic researchers.

"The move to remove scientists with EPA funding is, simply put, scientific censorship," said University of Minnesota professor Deborah Swackhamer, a former chairwoman of the Science Advisory Board and a current member of the EPA’s Board of Scientific Counselors.

Congress established the Science Advisory Board to provide expert advice and oversight of the EPA. Last year, the panel issued a report criticizing the EPA’s conclusion that hydraulic fracturing had no "widespread, systemic impacts on drinking water resources," saying the agency had failed to provide enough evidence to support such findings.


Copyright 2018 NBC News/WRAL. All rights reserved. This material may not be published, broadcast, rewritten or redistributed.