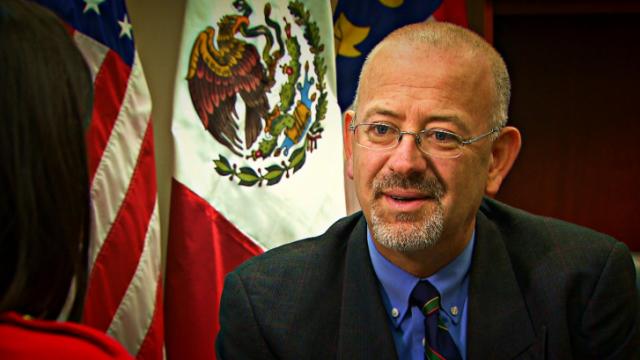 At the Mexican consulate in Raleigh, an illustrated poem tells the story of the Mexican immigrant.

He passes the poem every day in his role as consul general.

Diaz de Leon has been on the job for about a year. "I still use the 'I'm new' card," he says, but he is becoming a familiar face.

While raising his personal profile, he is also building up esteem among the community of Hispanics in North Carolina.

"My job is to help people," he says. "That's probably not so sexy, not so flashy. But the great thing about this job is every single day we get the opportunity to help someone."

Diaz de Leon, who was born and raised in Mexico City, relishes the opportunity to lead a community with its own set of challenges.

When he speaks to the Latino community in the Triangle, he usually focuses on a message of pride, in Hispanic heritage and in United States citizenship.