Connect with WRAL on your Google Home device 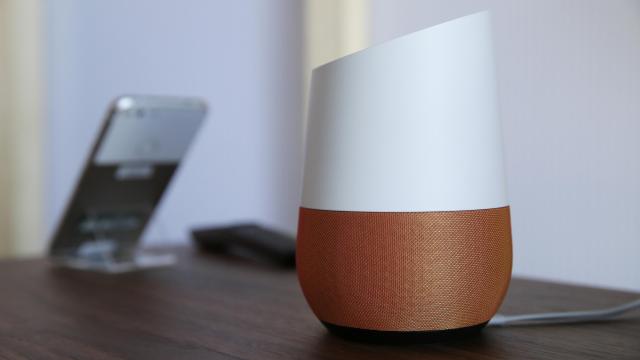 That's all it takes to get WRAL News on Google Home. WRAL was the first local news station in the country to provide a service on the Google Assistant platform.

The WRAL News service for Google Home offers users the top headlines read by WRAL's anchors and reporters, and the latest weather forecast for the Triangle region of North Carolina from WRAL's team of expert meteorologists.

Launched in November 2016, Google Home is a hands-free, always-on speaker that responds to voice commands known as "actions," and delivers information requested by the user through interaction with Google's voice service, Google Assistant.

Much like Apple's "Siri" and Amazon's "Alexa," the Google Assistant is a cloud-based virtual personal assistant that provides voice feedback to user interaction.

"When Google announced the Home, we knew that Alexa was going to face some stiff competition," said Jake Seaton, digital product manger for WRAL.com. "We also knew, much like the Amazon Echo, that the Home was a place where WRAL needed to be."

The WRAL News service does not require installation, nor does it need to be enabled. Every Google Home user can request the service by simply "talking to" WRAL.

The service can help get Triangle-area residents ready for a busy day by providing them with the latest news headlines and a daily weather forecast.

"Internet of Things" market research and consulting firm Park Associates found that the adoption rate of speakers with voice assistants grew from 5 percent of U.S. households in 2015 to 12 percent in 2016.

"In the past five years, voice control and voice-based technologies have experienced massive growth in the consumer market, igniting the competitive landscape among current and emerging smart home players," said Dina Abdelrazik, research analyst for Parks Associates. "Voice interfaces are advancing due to continued improvements in machine learning and natural language processing, paired with the prevalence of portable devices."

Voice experience analytics provider VoiceLabs goes so far as to say 2017 will be "the year of voice first."

Some 25 million devices will be shipped, leading to a total footprint of 33 million voice-first devices in circulation, VoiceLabs estimates.