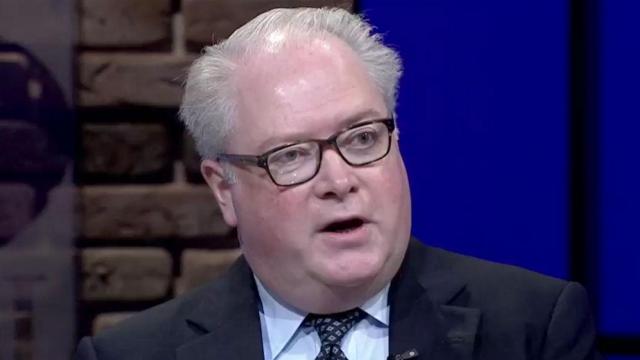 The reconfigured districts have become necessary since state judges blocked use of the current U.S. House districts for the 2020 elections because they say it’s likely the map was drawn with excessive partisan bias favoring the GOP.

Republicans hold 10 of the 13 seats in the North Carolina’s delegation, even though the state is considered a presidential battleground and Democrats remain the state’s largest bloc of registered voters.

The proposal, which passed the state House on a party-line vote, would consolidate the districts of GOP Reps. George Holding of Raleigh and Mark Walker of Greensboro around urban Democratic centers, making it harder for them to get re-elected. Both Holding’s 2nd Congressional District and Walker’s 6th District are currently a mix of urban, suburban and rural counties that have been considered Republican leaning.

Holding, a former federal prosecutor, is currently in his fourth term in Congress. Walker, a Baptist minister now in his third term, was chairman of the conservative Republican Study Committee during the last congressional session. Walker shook off the redraw, tweeting that he’d keep fighting for North Carolina residents “no matter what liberal attorneys, judicial activists and politicians in Raleigh do in self-interest.”

A spokesman for Holding’s campaign didn’t respond to an email seeking comment.

Emphasis on the political performance of replacement districts had been muted in public during this redraw until Thursday’s House floor debate. Legislators agreed that political data and election results wouldn’t be used in drawing potential replacement maps. But it was obvious any alteration would result in at least one Republican House member getting placed in an unfavorable district.

State judges have stopped short of ordering a replacement map, saying they lacked authority at this stage of the lawsuit filed by Democratic and independent voters. But they encouraged the General Assembly to redraw the map on its own to avoid delaying the March 3 congressional primary. The State Board of Elections has said it needs a map by mid-December to do so.

Otherwise, a separate congressional primary, with likely low turnout, would be needed later in the year.

Lewis said the proposal addressed concerns raised by the lawsuit about excessive partisanship and it included input from the public and Democratic colleagues.

“No partisan data was used in drawing this map. There was no pre-established nor incidental partisan goal made in how these districts were drawn,” Lewis said. “This is really a good-faith effort to make districts that are fair, that are compact.”

Democrats still opposed the proposed map despite the likely opportunity to pick up two additional seats, which would help national Democrats maintain their U.S. House majority in the November 2020 elections. They said the configuration still contains districts shaped like the old districts that the lawsuit plaintiffs consider to be illegal partisan gerrymanders, leading to seats won by comfortable margins.

“The public would like to have some competitive congressional races,” Democratic Rep. Pricey Harrison said, but acknowledged “it’s better that we’ll have more Democrats.”

The idea that partisanship didn’t play a role in the maps is disingenuous because Lewis also shepherded the current congressional map approved in 2016 by the General Assembly, House Minority Leader Darren Jackson said.

“It is not competitive in any way. It’s not fair,” Jackson said. “Hopefully the court will send it back and we’ll do a better job next time.”

The 2nd District represented by Holding currently covers all or parts of six east-central counties, including the suburbs around Raleigh. The proposed 2nd would only be in strongly Democratic Wake County. The 6th District would now cover all of Guilford County, which includes Greensboro and part of the county that includes Winston-Salem. Walker’s current district reached north to the Virginia border and south to Randolph County, which is strongly Republican.

Other proposed changes to the map would shuffle the foothills and mountain counties in districts represented by veteran GOP Reps. Virginia Foxx and Patrick McHenry, both of whom have served in Republican leadership this decade. Both districts appear to remain Republican-leaning.

The far-western 11th District, represented by former House Freedom Caucus Chairman Mark Meadows, would take in all of heavily Democratic Asheville. But the district’s reconfiguration still appeared to favor Meadows.

The 2016 congressional map was the subject of a federal lawsuit that went to the U.S. Supreme Court, where the majority opinion ruled in June that federal courts should stay out of partisan gerrymandering controversies. But Chief Justice John Roberts wrote state courts could intervene. A state lawsuit was filed shortly after state judges struck down dozens of North Carolina legislative districts for extreme partisan bias.