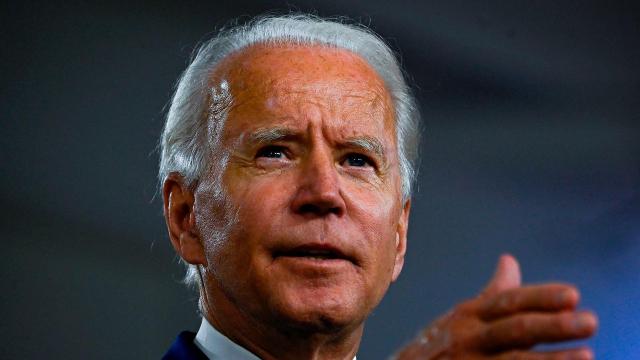 CNN — US intelligence officials have presented information to lawmakers and presidential campaigns indicating Russia is behind an ongoing disinformation push targeting former Vice President and presumptive Democratic nominee Joe Biden, according to sources familiar with the matter.

But while Republicans and Democrats overwhelmingly agree that Russia is once again attempting to interfere the US presidential election, the two sides have emerged from recent election security briefings at odds over what the classified intelligence says about Moscow's intentions. The dispute mirrors how the two sides sparred over the Russian interference campaign in the 2016 election as GOP and Democratic leaders privately battled during the heat of that campaign about how much they should disclose to the public.

"We assess that Russia is using a range of measures to primarily denigrate former Vice President Biden and what it sees as an anti-Russia 'establishment,' "the statement said.

But Evanina also said China would "prefer" Trump to lose and is "extending its influence efforts" ahead of the election. Similarly he stated that Iran is seeking to "undermine US democratic institutions, President Trump, and to divide the country."

"The intelligence services have come to very firm conclusions about what the Russians are up to and who is acting on behalf of the Russians," Sen. Chris Murphy, a Connecticut Democrat and member of the Senate Foreign Relations Committee, told CNN Thursday, referring to the 2020 campaign.

But Republicans are arguing that the intelligence shows an effort by Moscow to sow discord in the US elections and that it is just part of a wider swath of foreign interference that US intelligence is tracking from other countries, including China and Iran.

"It's pretty clear that foreign governments want to disrupt our elections. That the Iranians and Chinese don't have much love for Trump," the Republican Senate Judiciary Chairman Lindsey Graham said when asked about Russia's intentions. "The main thing is they are playing in our backyard -- and that's the big takeaway,"

While members of both the House and Senate have received briefings in recent days, sources tell CNN that the presidential campaigns are also aware of intelligence suggesting Russian disinformation efforts are specifically focused on Biden. The Trump and Biden campaigns both declined to comment when asked if their briefings have included information about Russia targeting the former vice president.

Lawmakers at odds over Russia's intentions

Democrats are making the case that intelligence reviewed by members of Congress and both campaigns adds up to a broader Russian interference effort intended to damage Biden's candidacy and, in turn, help President Donald Trump.

However, Republicans argue that there is not clear evidence that foreign actors seeking to interfere in the 2020 race, prefer one candidate over the other.

The intelligence community, meanwhile, has been careful to steer clear of publicly suggesting Russia prefers one candidate over the other.

Russia's interference in the 2016 election -- which the US intelligence community believes was aimed at boosting Trump's candidacy and hurting his opponent, Hillary Clinton -- led to special counsel Robert Mueller's investigation. The prospect of interference in 2020 will further test US defenses against foreign meddling, which Trump has repeatedly downplayed as he has dismissed any suggestion that Kremlin influence played a role in his election.

Democrats have stopped short of saying whether intelligence officials have explicitly told them Russia is working to hurt Biden or help Trump but some lawmakers told CNN on Thursday that information provided in recent briefings suggests foreign governments are working to aid specific candidates.

"My impression is ... their pattern has been to seek to assist specific candidates," Sen. Richard Blumenthal, a Democrat from Connecticut, said Thursday, referring to foreign interference efforts overall.

That aligns with Russia's broader strategy which is focused on influencing voter turnout for candidates based on preference, according to Michael Chertoff, a Republican who previously served as Secretary of the Department of Homeland Security under President George W. Bush.

"But most of all, it is about creating uncertainty and suspicion and lack of confidence in our political leadership ... which is really a way of saying that information campaigns are a tool of conflict," he added.

Republicans demurred when asked if they have seen evidence that Russia is aiding Trump.

Acting chairman of the Senate Intelligence Committee, Marco Rubio would not say if he thinks Russia is working to help a specific candidate, telling CNN "their ultimate goal is to divide our country and get it to fight with each other."

Asked again if Moscow is trying to help Trump, the Florida Republican said "the election landscape, the interference landscape, has gotten incredibly complex ... none of these people are Republicans or Democrats."

"They want us to get us to fight against each other. There are multiple nations now involved in this. And stay tuned," he added.

Evanina came under fire from Democratic leaders last month when he last issued a warning about efforts by Russia, China and Iran to interfere in the upcoming election, as lawmakers claimed his statement did "not go nearly far enough in arming the American people with the knowledge they need about how foreign powers are seeking to influence our political process."

Still, Democrats have continued to push for the administration to make more information available to the American public, something intelligence officials insist they plan to do in the near future but offered little indication regarding a timetable.

Sen. Mark Warner, the top Democrat on the Senate Intelligence Committee, also told CNN Thursday that it is very important the administration "warn the American people about what nations are trying to interfere and they put out China, Russia and Iran -- and what some of their tactics are so that Americans are not tricked by misinformation and disinformation programs."

However, Warner would not say if it is clear that the intelligence shows Russia favors a specific candidate, telling CNN he is going to "keep putting pressure on the administration" to reveal more and that he has "a lot of faith in Bill Evanina" that the initial statement "will be the first in a series" of releases from the US government.

In the meantime, intelligence officials are walking a careful line when it comes to addressing the issue of foreign election interference publicly for a variety of reasons, including concerns that certain information will be politicized and potential risks to sources and methods.

They have been particularly cautious with regards to detailing Russia's actions and publicly addressing the question of whether Moscow is again interfering to help Trump and hurt his opponent, as was the case during the 2016 election, as the intelligence community unanimously assessed happened in 2016.