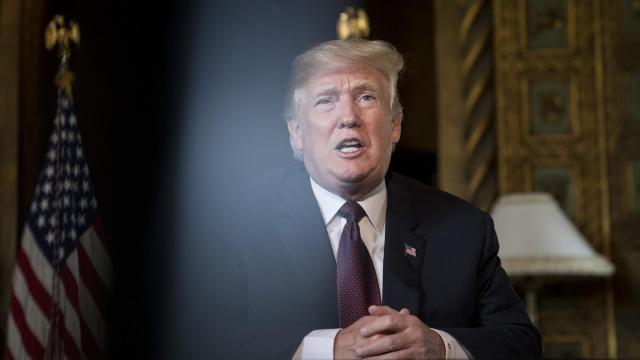 WASHINGTON — Lawmakers returning to Capitol Hill this week face a reckoning with an unwelcome reality of a gridlocked Washington: the lame-duck session’s growing pile of unresolved, but critical, legislation and a narrow window to act.

How the two chambers of returning, retiring and defeated lawmakers approach this session — further complicated by a president seemingly angling for a spending fight and an incoming freshman class that promises to alter the balance of power — will set the tone, and possibly some of the agenda, for the 116th Congress to come.

For Republicans, the session presents a final chance to leave a legacy-making mark while they still control all the levers of power. Democrats are contending with a more complicated mix of motivations: They have little incentive to cave to conservative demands on the cusp of their takeover of the House in January, but they are also reluctant to drag issues from the lame-duck session into next year, preferring instead to start on their own agenda.

Hanging in the balance are a reauthorization of the farm bill, the largest federal criminal justice rewrite in a generation, President Donald Trump’s border wall and a potential government shutdown.

The most immediately critical legislation may be the seven remaining appropriations bills to ensure that the entire government remains funded past a Dec. 7 deadline. Issues including a fight over spending on border security — the Senate included $1.6 billion in its bill, compared with the House’s $5 billion — have bogged down negotiations, and Trump has threatened to veto legislation without funds for a wall at the border with Mexico.

“We have the will to put the money at the border for better security and combine it with some sensible reforms, including things like a path to citizenship, things like making sure that we have workers on our fields and in our factories that we need,” Sen. Amy Klobuchar, D-Minn., said on ABC’s “This Week.” “But what I don’t think we should do is shut down the government. And that, again, is in his hands and his party’s hands.”

Lawmakers from both parties have said that they want to avoid a shutdown, and that passing the appropriations bills — which would fund a number of federal agencies, including the Homeland Security, Agriculture and Commerce departments — is a priority for their final weeks. But any resolution needs at least some bipartisan support to clear the Senate’s 60-vote threshold, leaving a resolution unclear. Aides involved with the negotiations said a possible path forward might become apparent only in the coming days.

If negotiations falter, Congress could avoid a shutdown by temporarily funding the government into the new year, but that would force it to take up the appropriations fight again in January. Lawmakers have passed spending measures covering other parts of the government.

And Trump remains a wild card. Despite attempts from Republican leaders to dissuade him, he doubled down on his veto threat during his Thanksgiving vacation in Florida.

“Could there be a shutdown? There certainly could,” Trump told reporters at his Florida estate Thursday. “And it will be about border security, of which the wall is a part.”

But Democratic lawmakers, who have also roiled negotiations by flirting with attaching a measure that would give enhanced job protections to special counsel Robert Mueller say there is little incentive to endorse border security provisions that include billions of dollars for Trump’s wall and essentially rebuff the demands of the voters who swept in a new Democratic majority. Many incoming members won with campaigns that disavowed a wall.

“We will not go along with a wasteful wall that is designed frankly to gin up his base,” Rep. Nita M. Lowey, the top Democrat on the House Appropriations Committee, said in an interview this month.

“Everyone agrees that we need to secure our borders,” she added. “President Trump’s proposed wall is not the right way to do it.”

Republicans are equally reluctant to have a government shutdown — even a partial one — taint what is already seen as one of the most bitter and divisive Congresses in history.

“I do not want to see the government shut down,” Sen. Joni Ernst, R-Iowa, said Sunday on CNN’s “State of the Union.” “If we can avoid that situation, we absolutely need to do that.”

The government funding deadline is not the only one lawmakers face: The farm bill expires in December, and its reauthorization has stalled over the House’s addition of new work requirements for able-bodied adults seeking food stamps, a move Trump has encouraged and many Republicans support. The Senate passed its own bipartisan farm bill without the work requirements.

By contrast, a major revision of prison and sentencing laws that would begin to unwind some tough-on-crime federal policies could unite many Democrats and Republicans — if it comes up for a vote. Sen. Mitch McConnell, R-Ky., the majority leader, has made no commitment to bring the bill to the floor.

Senators are expected to take a formal count this week to measure support. They and their allies spent the Thanksgiving recess lobbying a hesitant McConnell and trying to win over undecided Republican senators. Trump, who endorsed the overhaul this month, has more forcefully thrown his weight behind it in recent days, tweeting Friday that it provided “a real chance to do something so badly needed in our country.” Trump joined those placing phone calls to McConnell last week — others included senior Republican senators usually allied with their leader, and several prominent Republican donors — to urge quick action, according to two Republicans familiar with the call who were not authorized to discuss the conversation publicly.

The pressure has put McConnell, who loathes dividing his caucus, in an unusual position. He told Trump and others that he did not believe there was time to take up the legislation given other agenda items but would see what he could do if the vote count showed strong support.

Beyond legislation, the coming weeks will offer a preview of how the new Congress will look, with the first stage of Democratic leadership elections.

While Rep. Nancy Pelosi, D-Calif., has relentlessly — and successfully — chipped away at the Democratic insurgency demanding a change in leadership, the caucus vote this week will provide the first official glimpse of how strong her position is in her quest to regain the speakership.

It will also foreshadow how the mechanics and legislative priorities of a Democratic caucus that includes one of the youngest and most diverse freshman classes in history may shift as a result of Pelosi’s swift deal-cutting to garner the votes she needs on the House floor come January.

Rep. Marcia L. Fudge, D-Ohio, once the only lawmaker to publicly voice a willingness to challenge Pelosi, offered her support after being promised a significant role in addressing voting rights and assurances that black women would have “a seat at the decision-making table.” Rep. Brian Higgins, D-N.Y., who had opposed Pelosi, reversed course when promised a lead role in efforts to open up Medicare to people as young as 50 and the prioritization of an infrastructure overhaul, he told The Buffalo News.

And the Democrats of the incoming freshman class — who have agitated for changes through social media and, in one case, an appearance at a protest outside Pelosi’s office — have won promises of their own.

“So long as Leader Pelosi remains the most progressive candidate for Speaker, she can count on my support,” Alexandria Ocasio-Cortez, the incoming New York congresswoman who has become a darling of progressives, said last week on Twitter. “I agree that our party should, and must, evolve our leadership. But changed leadership should reflect an actual, evolved mission; namely, an increased commitment to the middle + working class electorate that put us here.”