Confederate statue of Robert E. Lee removed from US Capitol 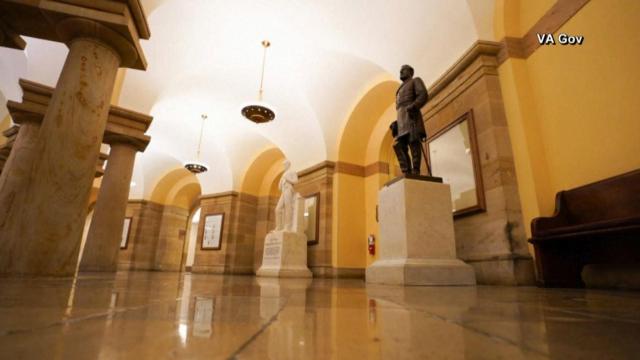 D.C. — A Confederate statue has been removed from the United States Capitol.

A representative from Virginia's governor's office was present for the removal along with Senator Tim Kaine and Congresswoman Jennifer Wexton.

Each state is entitled to display two statues in Statuary Hall. Lee's statue stood for 111 years alongside Virginia's other contribution, President George Washington.

A statue of Barbara Johns, who as a 16-year-old in 1951 protested poor conditions at her all-Black high school in the town of Farmville, is expected to replace Lee's statue.

Virginia's general assembly must approve the replacement before a sculptor can be commissioned.

If approved, Johns would be the only teenager represented in the collection.