COMMENTARY: Leandro - A quarter-century of bickering 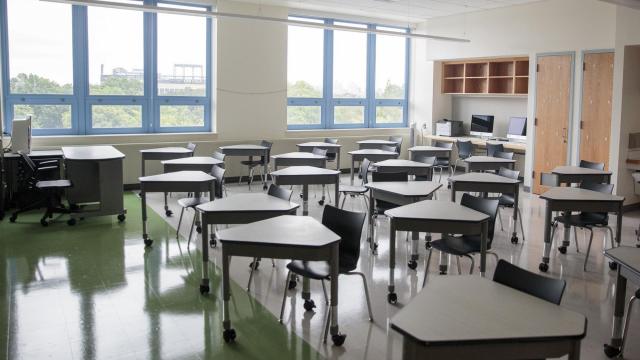 Robb Leandro was an 8th-grader at West Hoke Middle School in 1994, when the lawsuit over funding for poor North Carolina school districts that bears his name was filed.

Twenty-seven years later, he’s 42 years old, with a family and children of his own, and practices law in Raleigh.

Burley Mitchell says he now knows how justices on the U.S. Supreme Court felt when Southern states dragged their feet on school desegregation after the Brown v. Board of Education decision in 1954.

Mitchell, as Chief Justice, authored the N.C. Supreme Court’s 1997 decision in the Leandro case, which found the state did not provide enough funds to guarantee every student an opportunity to receive a sound basic education, as the state Constitution requires.

Twenty-four years after that decision, we’re still arguing about it. And the state still hasn’t stepped up.

“The State has not met this challenge and, therefore, has not met its constitutional obligation to the children of North Carolina,” Superior Court Judge David Lee wrote last week. “The orders of our Supreme Court are not advisory. This Court can no longer ignore the State’s constitutional violation.”

Lee ordered state officials to transfer $1.7 billion as the next two-year installment in an eight-year plan to increase school funds by $5.6 billion.

“The repeated failure by the state is a constitutional violation that has to be remedied,” he said.

“This case is about children who are from high-poverty, low-performing districts and areas of our state that aren’t getting a fair opportunity to get a sound basic education.”

“Unfortunately from the numbers I have seen, the sheer number of those students has increased dramatically and continues to do so. So in that sense, it’s a runaway train and (has) got to be addressed.”

In response to Lee’s order, legislative leaders – who have not fully funded the Leandro plan in the 2021-23 budget proposals backed so far by the N.C. House and Senate – referred to Lee as a “rogue” judge, accused him of judicial misconduct and labeled the proceedings a “circus.” There’s already speculation about how legislators or others might try to block Lee’s ruling.

But this case is not about Democrats or Republicans. The neglect began when Democrats controlled the General Assembly, and it continued under Republican control. Lee is a Democratic judge from Republican Union County who was assigned the case by Republican Chief Justice Mark Martin.

But this case is about the rule of law. And it is about children. As lawyers, judges and politicians have bickered, an entire generation of children has passed through North Carolina’s schools.

The plan endorsed by all parties in the case found that when adjusted for inflation, state spending per K-12 pupil in North Carolina had declined 6% since 2010 and ranked 6th-lowest in the nation by 2018.

The case is also about preparing North Carolina’s children for college, which is increasingly essential for jobs of the 21st century. So it’s about our economic future as a state.

With a $6.5 billion budget surplus over the next two years, North Carolina has the money. We don’t care whether the legislature or courts spend it.

But it’s time to do what’s right for public education in North Carolina. After all, this is the state whose motto – Esse Quam Videri – means “to be, rather than to seem.”