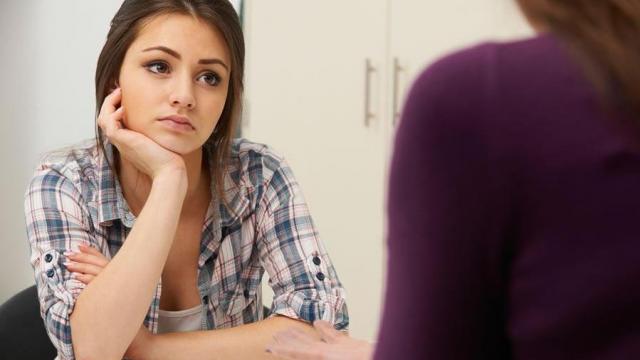 A comprehensive poll of college students regarding dating abuse on campus found around 22 percent of college women reported being physically abused in a dating relationship.

This study was performed in 2011 by Knowledge Networks on behalf of women's fashion company Liz Claiborne, Inc.

The statistics on physical abuse on campus only tell portion of the story, though.

Almost half -- 43 percent -- of college women reported experiencing violent and abusive dating behaviors in general. Of this 43 percent, around half of the abuse involved physical contact, while much of the rest was emotional, verbal, and technological abuse.

On campuses, 57 percent of students admit difficulty in identifying abusive dating behaviors. The more subtle nature of emotional abuse can make this identification even more difficult.

When students don't know what to look for, it can cause problems for those seeking to fight the dating abuse culture on campus.

Whitley Grant is project coordinator for Resources, Intervention, Service and Education, an anti-intimate partner violence and sexual violence resource on Shaw University's campus. Grant said a major challenge in her efforts is that many students don’t recognize abusive behavior when they see it.

"In my work, what is most important right now on campuses is definitely making clear to students what a healthy relationship actually looks like," Grant said. "Secondly, many students have to be provided the resources to get out of unhealthy relationships."

In the modern social media age, a large percentage of social interactions do not involve face-to-face presence. In this context, emotional abuse can include cyber harassment and cyber stalking, or using intimate photographs against former partners. Digital dating abuse can be an especially powerful tool of emotional abuse because the abuser can use it to embarrass, control, shame, and intimidate victims.

Giving away one's email, computer or social media passwords increases the likelihood of digital dating abuse. More than one-third of dating college students give passwords to their partner, which can make them more vulnerable to these forms of abuse.

Grant states that once it becomes clear that emotional abuse is happening, whether digitally or face-to-face, negative perceptions of people who use campus resources as "weak" make it difficult to convince victims to seek help for themselves or recommend it to others.

"Because there is a stigma around mental health issues, sometimes the fact that the resources are in the mental health center can discourage people from walking in," Grant said. "The stigma prevents many victims from sitting down with those who can help."

Once any challenges in identifying abuse and seeking assistance are overcome, the needed resources are there. In recent years, college campuses in North Carolina have devoted an extensive range of resources with which to assist survivors of IPV.

The North Carolina Coalition Against Domestic Violence has a catalog of all assistance programs in the state, organized by county, for the purpose of ensuring that all people who are victims of dating violence, including emotional abuse on campus, can find the help they need when they need it.

NCCADV has now developed a college membership program as well that offers technical assistance, informational emails, training, fundraisers and networking opportunities to North Carolina's colleges. These resources encourage students, staff, and faculty to raise awareness and increase the intolerance of IPV on our campuses and in their surrounding communities.