Cold or flu: Which is it? 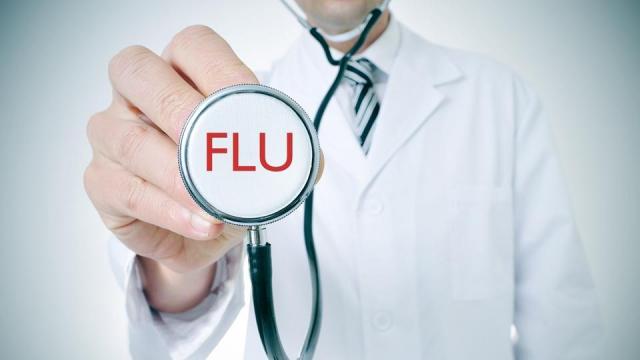 This story was written for our sponsor, the N.C. Division of Public Health.

When you wake up coughing, sneezing, and with aches and feeling feverish, it can be difficult to tell if what you’re feeling is the onset of a cold or the flu. Since both are respiratory illnesses, they share overlapping symptoms; however, the flu’s symptoms will be much more pronounced and can risk evolving into serious medical issues. Therefore, it is important to know the difference between the two.

Both the cold and flu are viruses, meaning they cannot be “cured” by antibiotics, and both will abate on their own timetables. The cold and flu also share some symptoms, such as headaches, potentially a sore throat, fatigue or weakness, and aches and pains.

The cold and flu also share a similarity in what they are not – neither is a version of the ‘stomach flu,’ or 24-hour bug. The “stomach flu” as it’s commonly known, is usually viral gastroenteritis, and is unrelated to either the common cold or influenza.

The main difference of course between the flu and the common cold are the severity and duration of symptoms. The flu tends to have a faster onset of symptoms, which can include fevers as high as 104 F, chills, exhaustion and severe aches. It will be difficult to carry out your normal daily routine with the flu, and the fever will often last between three to five days, with tiredness and fatigue lasting up to two to three weeks.

The common cold usually only lasts a day or so, and most healthy adults can continue to work and be productive throughout the illness. Fevers are rare, as are complicating factors and other related illnesses.

The most important difference is that flu is also potentially deadly to children beneath the age of 6 months and in the elderly (65 years and older), while the cold will likely be a nuisance that needs monitoring but is not cause for alarm.

This story was written for our sponsor, the N.C. Division of Public Health.