Durham, N.C. — The daughter of the coffee shop owner killed in the Durham explosion said she plans to serve another cup of coffee in her dad's name someday.

Kong Lee, 61, died in the explosion, which damaged at least 15 buildings in Durham's warehouse district. At least 25 people, including nine firefighters were injured in the April 10 blast.

On Wednesday, family, friends and community members gathered at the New Horizon Church.

Lee's daughter, Diana Lee, described her father as someone who truly embodied the "American dream."

"My dad's story is really the story of the American Dream," she said.

For Kong Lee, the dream looked like a 14-year-old kid from South Korea, coming to America.

"My dad was figuring out a new country with a new language, new food and new culture," Diana Lee said.

The dream no doubt kept him up nights, wondering where he belonged.

"But the American Dream is fighting through that day after day, so your kids can grow up with a better life. We will forever be grateful for that," she said. 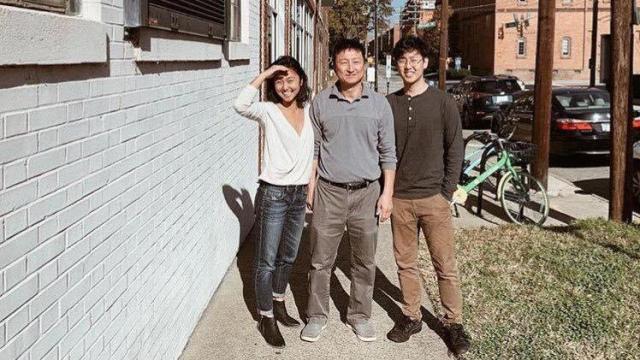 Kong Lee worked 12-hour days at the dry cleaning business he owned to support Diana and her brother, Raymond.

"There's a cartoon that I've seen of a father stretched out across two cliffs, acting as a bridge for his child to cross, unknowing of the hardship of the danger. That is exactly what our dad was for us," Diana Lee said.

"He struggled with where he belonged, but he didn't want anyone else to feel that way. He wanted to create somewhere where everyone belonged, where everyone felt safe and comfortable," she said. "The beauty in reading and hearing all your comments is that my dad, he succeeded."

According to the Kaffeinate website, the Lee family moved to North Carolina in 1993. Kaffeinate, billed as "North Carolina's most innovative cafe," opened in October 2017 and served specialty coffees, Belgian waffles and local pastries out of the intimate space.

The GoFundMe page states that, before his death, Lee had been caring for and supporting his mother in his home. The fundraiser was set up for his children, who will now take over their grandmother's care.