More restaurant rewards are coming your way. But there's a catch 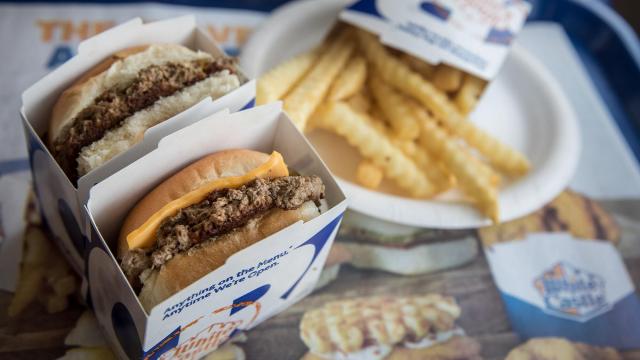 CNN — Coffee shops have used loyalty programs to learn more about their customers and keep them coming back for years. Now, as consumers embrace digital payments during the pandemic, the trend is spreading to restaurant chains who want the same benefits.

Earlier this month, White Castle announced the launch of its first national rewards program, Craver Nation. Customers who sign up for the program get a free combo meal right away, along with other perks through September. They'll also gain access to discounts and coupons each month.

The rewards program was "something we were thinking about and working on for a while," said Jamie Richardson, a vice president with the company. But the pandemic reinforced the need for a loyalty program, he said. "Now's a great time to continue having that more engaged conversation with our customers," he explained.

The Mexican chain El Pollo Loco, which has over 475 locations, launched its own national program in September. Members earn $5 off for every $50 spent and a free order of chips and guac when they sign up, along with other perks. Wendy's joined the club over the summer with its own program, the first from a major burger chain that focuses on food. The Wendy's plan grants customers 10 points for every $1 spent, which can be redeemed for free food and drinks within one year.

The trend "was starting to take shape before Covid," said Morningstar restaurant analyst R.J. Hottovy. "But it certainly has accelerated as more consumers continue to order through phones and computers right now."

Competition for customers is fierce among fast food restaurants. Loyalty programs are a way to "keep people locked in and more engaged," said Hottovy. "If you can give one more incentive to order on your platform, it prevents your customers from going somewhere else."

Even Starbucks, which has had a rewards program for over a decade, recently revamped its plan to allow customers to use cash and other forms of payments to earn rewards. Previously, they had to use a pre-loaded Starbucks card. The update "is a game changer" that will help capitalize "on the enormous success of our Starbucks Rewards program," said Starbucks CFO Patrick Grismer at the JPMorgan Gaming, Lodging, Restaurant and Leisure conference in September.

But there's no such thing as a free lunch.

White Castle rewards members get breaks based on their purchase history. Through the program "we would be able to know, does this person like cheese sticks or do they prefer french fries?" Richardson said, adding that the brand can also ask members how they feel about potential menu innovations.

The White Castle privacy policy says that it doesn't sell data. But it might share it with third parties. And it can track detailed information, like what kind of browser you use and more. Richardson said that security is a top priority for the company.

When joining rewards programs, customers should be aware of just how much they're giving up, said Brian Vecci, field CTO for the data security company Varonis, especially because the United States doesn't have a national privacy law, which would dictate how companies can utilize customer data.

"You're basically making a bargain: I am going to give you information about what I'm buying, and you're going to give me some benefit," he said. "You are certainly giving up some rights and some data and some privacy."