Cockroaches on baby bottles: A single mom's battle with bugs in 90-year-old home 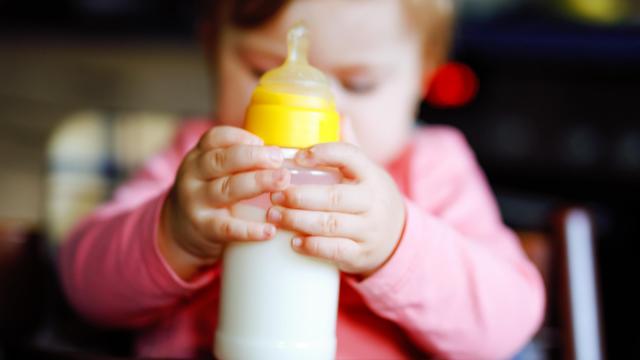 Imagine finding cockroaches in your newborns room, on their toys or bottles. It's an image that makes parents recoil in horror and wonder what has possibly gone wrong.

It was also Lindsey Greathouse's reality.

"My home is 90 years old and is redone," Greathouse recalled. "It's had 90 years of bugs in the walls. It's been a humbling experience; it seems shiny and new at first, but as you live season- to-season ..."

She had just moved into her new house and was ready to transform it into a home. As with any older home, bugs were a concern, but not at the top of her mind. For a little while, everything was normal, with just a few bug sightings here or there. Soon the frequency increased and everything changed.

"The first several issues, it was a little bug here or there," Greathouse said. "It wasn't a huge thing, but it was more than I wanted. Then there was a catastrophe issue. I've been in North Carolina for 10 years and I've never seen roaches like this … I didn't understand how bad it was."

Roaches are common house pests, and despite the myth indicating otherwise, just seeing one doesn't mean there's an infestation in your home.

There are a few telltale signs that indicate you have a problem. Visible roach feces in cupboards, near food storage or behind appliances is some of the first indicators people notice. Roaches also reproduce fairly quickly, leaving behind egg casings known as oothecae. These long, brown egg casings are a sure sign that your roach problem is multiplying.

As the roach population increases, they produce a pungent odor that only continues to grow as roaches die and begin to decompose. The most telltale sign is what alerted Greathouse to the infestation in her home.

"I would see them brazen out in the day, in my fridge, over her bottles. That was when I realized I had a problem," Greathouse said. [Moxie Pest Control] told me when you start seeing the babies, it's because there's no room in the walls. That's the situation I had; it was babies out in the open."

The infestation had become so significant that smaller roaches were forced out of the safety of the walls and into the open during the day. Cockroaches are nocturnal, so seeing just one during the day is a clear indicator there's a problem.

"We have encountered several really bad cockroach and ant infestations inside -- thousands upon thousands of pests," said Phil Nielsen owner of Moxie Pest Control. "In both situations, we searched out the source; there is always a nest somewhere, usually outside, and use baits to make sure they take it back to the nest so that destroys the colony."

In Greathouse's case, her kitchen was fumigated and walls flushed out to remove all of the roaches at once. They had been nesting behind her refrigerator, and were wiped out shortly after.

The initial treatment combined with a couple of follow-up visits eliminated the problem entirely. Greathouse now opts for regular pest control to protect her investment in her home from the pests that would find a 90-year old house to be a wonderful snack.

"I have them also put in termite bait and traps. I know the house historically had termite damage. You could see they had lived there once," she said.

Greathouse said she now has peace-of-mind, and, as a single, working mom, appreciates the flexibility affords.

"I work and I'm a single mom," Greathouse said. "They'll text with me. They'll text when they're 'X' stops away. They have an Amazon-esque model. They write up their reports. They help take the fear and mystery out of it and just the pain out of communicating."