Coke says global slowdown will be a drag on 2019. Stock has worst day in 10 years 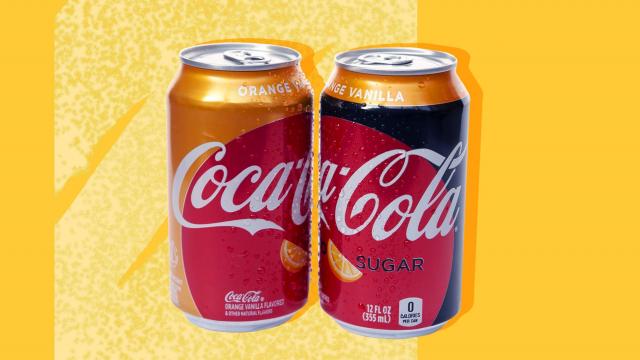 CNN — Coca-Cola issued a disappointing forecast of 4% growth in 2019 due to the global economic slowdown, a strong dollar and political uncertainty.

Shares of Coca-Cola slumped 8% on the news, marking its worst trading day since October 2008.

Global companies like McDonald's (MCD) and others have warned that a hard Brexit will result in "significant" disruptions to their supply chains. And businesses remain on edge as US and Chinese negotiators try to strike a deal before the start of March, when the US government is due to sharply raise tariffs on Chinese goods.

CEO James Quincey on Thursday called the projections "prudent" on a conference call with investors discussing fourth quarter and full year earnings for 2019. This year will "be more volatile and uncertain than 2018," Quincey said on CNBC's "Squawk on the Street" Thursday morning.

Coca-Cola's sales declined 6% to $7.1 billion for the last three quarters of 2018, and fell 10% to $31.9 billion for the year. Coca-Cola blamed the decline on costs related to refranchising its bottling system and the strong dollar.

Quincey is "pleased with our strong organic revenue and earnings growth in 2018," he said in a statement, adding that they "demonstrate progress in our transformation as a consumer-centric, total beverage company."

Coca-Cola has been expanding its offerings as consumers shy away from sugary sodas. It's been focusing on lower-calorie and lower-sugar drinks in particular.

Coca Cola Zero Sugar had its best year ever in 2018, Quincey told CNBC. The no-sugar product has been particularly successful, consistently leading growth for the company.

And last year, the company agreed to buy UK-based Costa Coffee (it finalized the sale last month). It also took a stake in the energy drink BodyArmor to compete with Pepsi's Gatorade. And Coca-Cola is thinking about developing an energy drink itself.

It also recently launched a new flavor, Orange Vanilla, designed to keep consumers from straying from cola when looking for variety.

Meanwhile, sales of its more traditional beverages have lagged. In North America, juice, dairy, plant-based beverages and tea all declined by volume in the last three months of 2018.