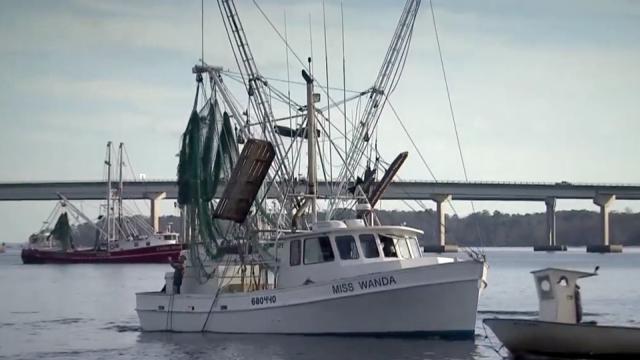 Raleigh, N.C. — A group pushing for changes to North Carolina's commercial fishing rules sent formal notice last week that it plans to sue the state and one of the largest shrimping companies on the coast.

The N.C. Coastal Fisheries Reform Group said that after "over a decade of unsuccessful attempts to engage in meaningful fisheries management reform dialog" with multiple governors, lawmakers and state officials it was filing a notice of claim under the Federal Clean Water Act.

That starts a 60-day clock ahead of a lawsuit. The group said in a news release that, with another shrimping season approaching, time is of the essence.

“We have tried every remedy possible to start reform talks with both the Executive and Legislative Branches of North Carolina, and we were outright dismissed or completely ignored," Joe Albea, head of the group, said in the release. "We are going to take legal action against the State of North Carolina in federal court, and we intend to name leaders in the North Carolina commercial fishing industry as co-defendants, too.

The group's letter complains of high levels of bycatch in commercial nets, particularly of juvenile fish, and bottom disturbance from shrimp trawling gear.

These issues, and others, have divided commercial and recreational fishermen on the North Carolina coast for decades, leading to a number of policy stalemates.

The state Division of Marine Fisheries confirmed Monday that it received the notice, and a spokesman said officials are reviewing it.

The law firm of Calhoun, Bhella & Sechrest in Durham represents the reform group.