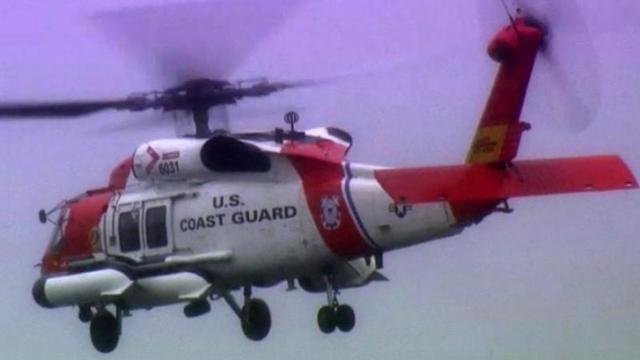 The men – both in their mid-20s – were found at 1:20 a.m. about 9 miles southwest of where they initially reported that they were in distress, guard officials said.

A motorboat crew from Station Oregon Inlet found both men, who were conscious and wearing life jackets, and brought them aboard. They were taken back to the guard station, where emergency medical personnel were waiting for them.

Both men were in the water for more than nine hours, officials said. The water temperature was about 82 degrees.

Officials said the Coast Guard's station in Wilmington initially received a call about 4:30 p.m. Saturday from one of the kayakers who said he and the other man were both in the water after one of their kayaks sank. They were near Oregon Inlet buoys No. 7 and 8.

Guard members searched using a 47-foot motorboat, a 24-foot craft and an MH-60 Jayhawk helicopter, which was launched from Air Station Elizabeth City.

A vehicle belonging to one of the kayakers was discovered at the Oregon Inlet Fishing Center in Nags Head.