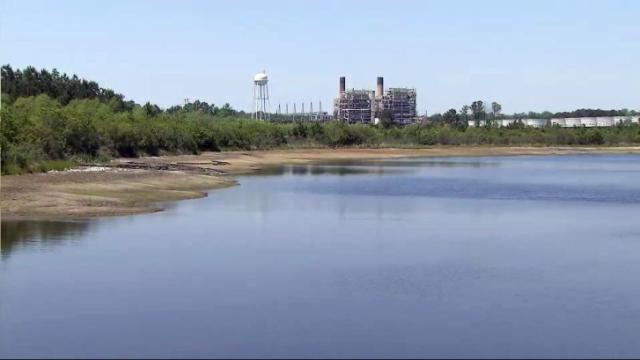 Raleigh, N.C. — For the second time in less than 24 hours, the state Senate was unanimous in its support of a bill that would require Duke Energy to close and clean up all of its coal ash ponds across North Carolina within 15 years.

With the Senate's final approval Wednesday, the measure now heads to the House.

"This is an example that good policy can result from unexpected circumstances," Senate President Pro Tem Phil Berger said.

Coal ash has been a priority item for Gov. Pat McCrory and lawmakers since Feb. 2, when a cracked pipe at a former Duke power plant near Eden dumped about 40,000 tons of ash into the Dan River, fouling 70 miles of the river in North Carolina and Virginia with toxic sludge.

The bill would require Duke to close four "high-risk" coal ash sites, including the Dan River site, by Aug. 1, 2019, while the state prioritizes the other 10 sites statewide where ash is stored in giant lagoons. Any others rated as high risks would also have a 2019 deadline assigned for cleanup, while those rated as intermediate risks would have to be excavated and closed by 2024. Sites deemed low risk could be covered and left in place but would have to be closed by 2029.

After several senators failed Tuesday in their attempts to get ash ponds in their districts added to the priority list, Sen. Ben Clark, D-Cumberland, suggested Wednesday scrapping the list, which some Republican lawmakers said was irrelevant because a new state commission would assess each site to determine how and when they would be cleaned up.

"There's no rhyme or reason as to picking the four priority sites," Clark said.

His plan to have the U.S. Environmental Protection Agency determine which sites posed the most risk was defeated after bill sponsor Sen. Tom Apodaca, R-Henderson, said he had more confidence in the state commission than in the EPA in assessing North Carolina's coal ash sites.

The Senate did back an amendment by Sen. Valerie Foushee, D-Orange, that would require Duke to notify state officials of any future spills as soon as possible. The bill originally gave the utility 24 hours to report a spill. Senators also voted for an amendment by Sen. Josh Stein, D-Wake, to clarify where groundwater would be monitored for possible contamination.

But Apodaca earned the ire of Stein for killing another amendment without a vote – the second day in a row that occurred. On Tuesday, it was a plan to require Duke to pick up the entire cost of the cleanup, and on Wednesday, it was Stein's suggestion that Duke dig up any low-risk ash pond found to be leaking toxins into the groundwater to install a protective liner.

Apodaca both times substituted amendments that made minor adjustments to the bill that he said had been suggested by the Sierra Club.

The Sierra Club praised the Senate bill but said it plans to work with the House to improve it.

"We hope the House will clearly address how to protect communities near ‘low-risk’ sites that are not appropriate for capping in place because of proximity of coal ash to groundwater or surface water sources. This is one of the most critical issues for the House to address," said Dustin Chicurel-Bayard, spokesman for the state chapter of the Sierra Club.

Even though it lacked drinking water protections he sought, Stein urged fellow Democrats to support the final bill.

"This is a step in the right direction for North Carolina. It's certainly a substantial step forward from where we're now at," he said.