CNN turns 40 today. Here's what it was like on Day One 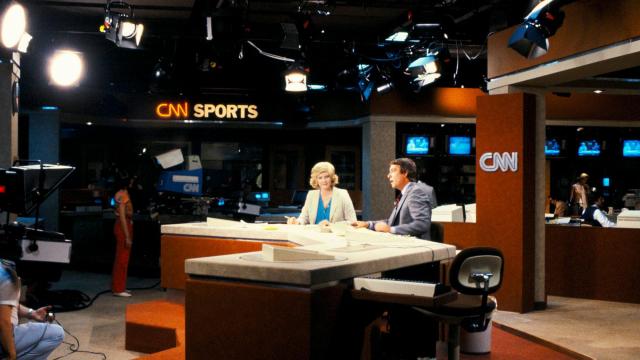 CNN is now a global news operation available to more than 2 billion people in more than 200 countries and territories around the world, according to the network. However, the idea of a network that aired news 24 hours a day, seven days a week, was pretty revolutionary in 1980.

Hart shared the anchor desk with her husband, David Walker, as the two dived into the headlines of the day during the network's first day. The stories were a mix of politics and national news, which has defined CNN's programming over its four decades.

There was an interview that the new network had with President Jimmy Carter. There was a story out of New York about how someone nearly shot New York Yankees star Reggie Jackson over an argument regarding a parking space (Jackson was not injured) and there was, of course, coverage around the 1980 presidential election.

The broadcast obviously looks a bit dated compared with what CNN looks like now. There wasn't a ticker or chyron; the stories had hardly any graphics; and there were some glitches. And of course, 1980s hair and fashion.

Yet, even from its start, CNN felt like CNN.

"Stay with us," Hart said, closing out the network's first hour on air. "We're going to have all kinds of news, sports, weather and special features, coming from now on and forever."

Away from current events, the first day also presented viewers with a tour of CNN's studio that showed how the network gathered news and put together the broadcast.

"To act upon one's convictions while others wait, to create a positive force in a world where cynics abound, to provide information to people when it wasn't available before, to offer those who want it, a choice," Turner said.

Turner continued: "For the American people whose thirst for understanding and a better life has made this venture possible, for the cable industry whose pioneering spirit has caused this great step forward in communications... I dedicate the news channel for America, a cable news network."