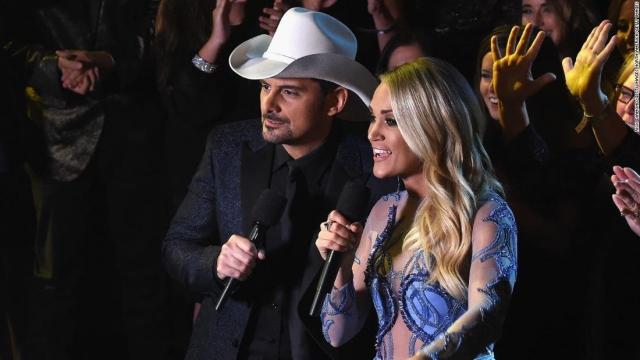 (CNN) — Country music has its biggest night of the year Wednesday.

The 52nd Annual Country Music Association Awards are being held at Bridgestone Arena in Nashville, Tennessee.

Here's what you can expect:

It wouldn't be the CMAs without Brad Paisley and Carrie Underwood.

The superstar singers will host the ceremony for the 11th straight year.

What time should you be ready?

Who will be performing?

Big big names will, of cours, be hitting the stage.

"Guys on the farm are taking a pool on how many words in before I start crying," Brooks said.