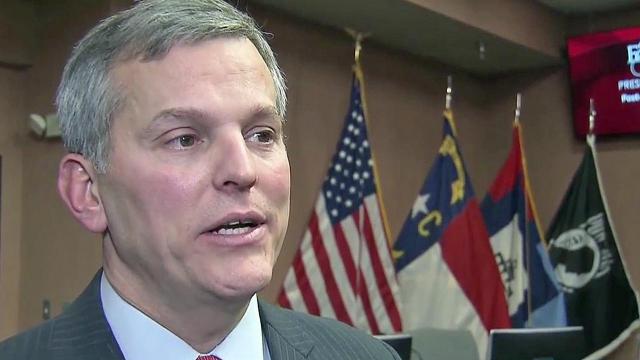 RALEIGH, N.C. — Democratic Attorney General Josh Stein won a second four-year term after the canvassed totals showed him leading by more than 13,600 votes over Republican Jim O’Neill. The margin was outside the threshold for O’Neill to request a recount. The Associated Press called the race for Stein late Tuesday after the canvass was complete.

“Protecting all the people of North Carolina — whether from crime, consumer fraud, addiction, pollution or discrimination — has been a privilege,” Stein tweeted earlier Tuesday. “I am eager to get to work for another term as your attorney general to make North Carolina even safer and stronger.”

Meanwhile, the extremely close race for North Carolina Supreme Court chief justice will have a recount, as incumbent Cheri Beasley on Tuesday formally asked for one. Challenger Paul Newby holds a narrow lead with final tallies posted from all 100 counties.

Newby, the senior associate justice, had 406 more votes than Beasley from nearly 5.4 million ballots counted from the race, according to figures from the State Board of Elections. Rockingham County, the only county yet to complete counting all of their qualifying ballots, finished late Tuesday afternoon.

Beasley, a Democrat and the state's first Black female chief justice, had until noon to ask the board to conduct the machine recount, in which ballots will be run through tabulation machines. State law allows a trailing candidate to seek a recount if the margin is 10,000 votes or less.

Beasley's lawyer filed the formal request Tuesday morning for the recount, which state election officials say will be completed by Nov. 25. County recount activity is open to the public to view.

“The race for chief justice will not be over until every single vote has been counted," Woods said in a news release. Newby also filed similar ballot protests in several counties. Democrats hold seat majorities on all county boards and the state board.

Newby, a Republican first elected to the state's highest court in 2004, led after election night by more than 3,000 votes. His lead dwindled as counties added mail-in ballots received around Election Day and afterwards, as well as provisional ballots determined to be lawful.

Beasley, an associate justice appointed chief justice by Democratic Gov. Roy Cooper in early 2019, narrowly led over the weekend after boards in most of the counties had completed their canvass of results.

Newby retook the lead Monday when Washington County amended its totals to remove the results of mail-in ballots counted twice by mistake. Robeson County elections also met Monday in part to fix an administrative error when ballots cast at an early-voting site were inadvertently not uploaded on election night.

Should Newby win an eight-year term, Republican candidates would complete a sweep of eight appellate court elections on Nov. 3 — three on the Supreme Court and five on the intermediate-level Court of Appeals.

Democrats currently hold six of the seven seats on the Supreme Court. That majority would narrow to 4-3 with a Newby victory for chief justice, who is also head of the state judicial system.

The State Board of Elections meets Nov. 24 to certify results for dozens of statewide and regional races, including those for president, U.S. Senate and House, governor and other Council of State positions. The recount for chief justice means the board would have to meet later to certify final results for that race.