Climate change could kill all of Earth's coral reefs by 2100, scientists warn 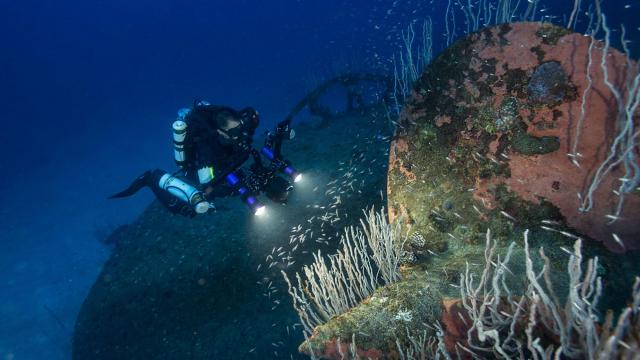 CNN — Climate change could destroy almost all of Earth's coral reef habitats by 2100, according to new research.

About 70-90% of all existing coral reefs are expected to disappear in the next 20 years due to warming oceans, acidic water and pollution, said scientists from the University of Hawaii Manoa, who presented their findings Monday at an ocean sciences conference.

"By 2100, it's looking quite grim," said Renee Setter, one of the University of Hawaii Manoa researchers, in a press release.

Some environmental activists and coral reef researchers have been working on coral restoration -- growing live corals in a ldafab, then placing them back into marine environments to try and revive dying reefs. But this may not be enough to save Earth's reefs, the researchers warned.

The new study mapped areas of the ocean that would be best suited to this type of coral restoration, taking into consideration factors like acidity, water temperature, human population density and fishing frequency.

After examining the world's oceans, they reached a somber conclusion: "By 2100, few to zero suitable coral habitats will remain."

Most parts of the ocean where coral reefs live today won't be suitable by 2045 -- and the health and condition of these environments are only likely to get worse by 2100, according to the team's simulations.

"Honestly, most sites are out," Setter said in the press release. There may only be a few viable sites for coral reef restoration by 2100, like portions of Baja California and the Red Sea -- but even these aren't ideal reef habitats because they're close to rivers.

The researchers warned that climate change was the big killer -- human pollution, while a problem, is only a small part of the larger threat.

"Trying to clean up the beaches is great and trying to combat pollution is fantastic. We need to continue those efforts," Setter said in the release. "But at the end of the day, fighting climate change is really what we need to be advocating for in order to protect corals and avoid compounded stressors."

Scientists have been warning for years that the world's reefs are heading for "massive death" and a "planetary catastrophe," as ocean warming and acidification kill off entire swaths of reefs.

The 1,500 mile-long (2,300 kilometer) Great Barrier Reef is the best-known example -- it has endured multiple large scale "bleaching" events caused by above average water temperatures in the last two decades.

Then, back-to-back marine heat waves in 2016 and 2017 killed about half of the corals on the Great Barrier Reef, along with many others around the world.

One of the natural wonders of the world, the Great Barrier Reef is roughly the length of Italy -- and provides a habitat for a diverse range of marine life. Up to a third of all marine species everywhere depend on the coral reefs, meaning a reef extinction could cause ecological collapse, experts warn.

And these devastating effects will ripple out into human societies -- almost a billion people worldwide rely on reefs as a source of food protein, according to Mark Eakin, coordinator for the US National Oceanic and Atmospheric Administration's Coral Reef Watch. Coral reefs also protect shorelines and infrastructure -- meaning their death could threaten the safety and sustainability of coastal societies.

In recent years, activists have been scrambling to find ways to save the reefs; environmental entrepreneurs have opened coral farms, which scales up and speeds up restoration efforts.

Other scientists have also tried to use underwater loudspeakers to replicate the sounds of healthy reefs, in an attempt to entice fish back to dead reefs to help them recover.

These attempts have been met with some success -- and potentially buys the world's reefs a little more time -- but all of the scientists and entrepreneurs involved have warned it's not enough to save them all. Almost nothing will be, they say -- unless we take drastic action on climate change.