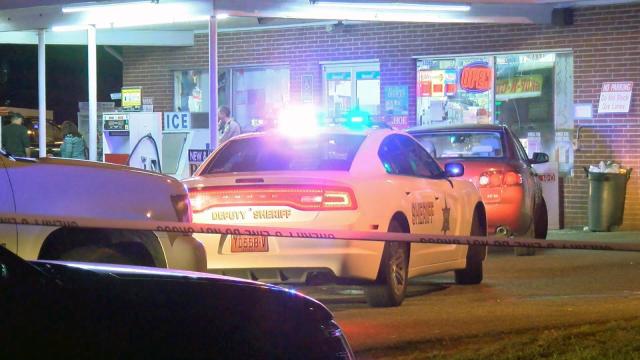 Zebulon, N.C. — One clerk was killed and another was injured late Thursday night in a shooting at the Shop N Go convenience store on N.C. Highway 39 in Johnston County, according to the sheriff's office.

Deputies called to the store shortly after 11 p.m. found Al Shami Esmail, 29, dead inside. Ricky Lynch, 51, sustained serious but non-life-threatening injuries and was taken to WakeMed.

The sheriff's office said video footage from the store show two masked people entering the store and robbing the clerk. During the robbery, the suspects fired gunshots and then quickly left the store.

They fled the area in a dark-colored sedan.

Anyone with information about the incident should call the Johnston County Sheriff's Office at 919-989-5010.