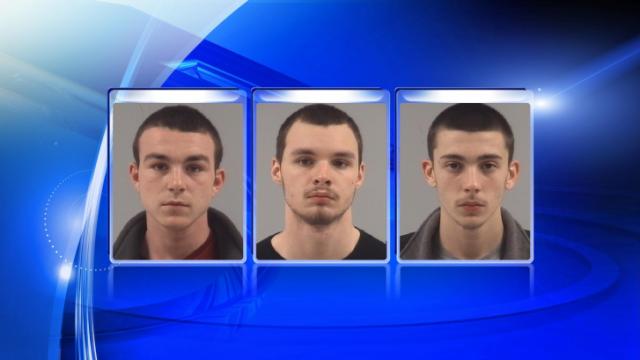 Clayton, N.C. — Three Clayton teenagers are accused of dragging a man with their car after stealing his cash during a botched drug deal.

Clayton police said Christian Wayne Lewis, 17, of Locket Drive, arranged to sell marijuana to a 50-year-old man for $300. Lewis and two friends drove up to the man’s home in the Village at Glenhaven about 11:30 p.m. Friday and demanded to see money. The man held out a handful of cash, and Lewis allegedly grabbed his wrist and drove off.

Police said the man was dragged about 50 feet. He was treated and released for cuts to his hands, wrist and shoulder.

Lewis was charged with assault with a deadly weapon, common law robbery, conspiracy to sell and deliver marijuana and possession of drug paraphernalia. He was held in the Johnston County Detention Center on
$63,000 bond.

Jacob William Faison, 17, of Mitchell Avenue. in Clayton, was charged with assault deadly weapon, common law robbery and conspiracy to sell and deliver marijuana. He was also held in the Johnston County Detention Center on $24,000 bond.

William Anthony Pope, 16, of Carlton Street in Clayton, was charged with assault with deadly weapon, common law robbery, conspiracy to sell and deliver marijuana, and resisting, delaying and objecting an officer. He was also charged with possession of controlled substance on prison/jail premises after officers said they found a marijuana joint on him as he was being booked.

Pope was held in the Johnston County Detention Center on $85,000 bond.

Police said they are looking into possible charges against the victim.