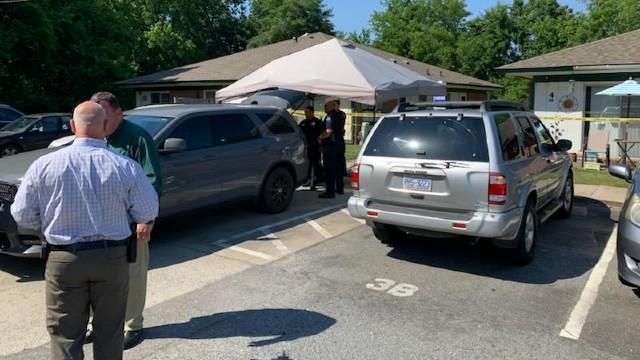 Clayton, N.C. — Clayton police were on the scene of a domestic homicide after the body of a woman was found Wednesday afternoon.

Stacy Beard, Public Information Officer with the Town of Clayton, said police found the body of the woman dead in her apartment in the 600 block of North O'Neil Street, which is near downtown Clayton. Police responded to the call shortly after 3 p.m.

After an investigation, detectives say they are now treating this as a domestic homicide, meaning the suspect is someone the victim knew.

Police have a suspect and are working to locate and make an arrest. No further details or the identity of the woman was released other than she was 54 years old.

Police remained on the scene gathering evidence into the evening Wednesday.