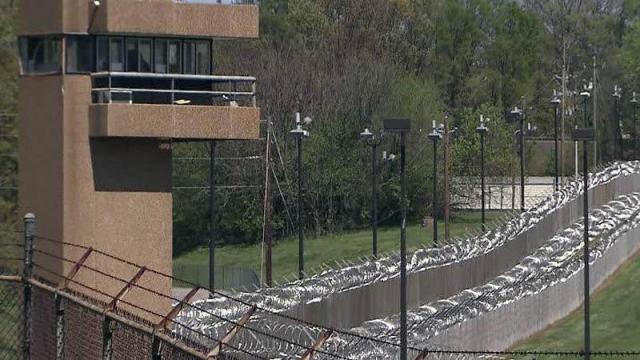 In a friend-of-the-court brief, the NAACP Legal Defense and Educational Fund cited statistical evidence of racial discrimination by Cumberland County prosecutors, who dismissed more than half of all eligible black jurors compared to a quarter of all others. This bias "unquestionably tainted" the sentencing process, lawyers argued.

"The continuing stain of racial discrimination not only invalidates the death sentences imposed on these defendants, but it also undermines public confidence in North Carolina’s judicial system as a whole," Jin Hee Lee, LDF senior deputy director of litigation, said in a press release. "The Court must be unequivocal in rejecting racial bias in North Carolina juries, especially in death penalty cases, by giving the defendants a chance to challenge the discrimination they faced."

The legal brief centers on the four separate cases of Marcus Robinson, Christina Walters, Tilmon Golphin and Quintel Augustine, convicted and sentenced to death in Cumberland County. Their appeals pinballed between North Carolina courts in the wake of the 2009 passage and the 2013 repeal of the Racial Justice Act, which allowed challenges to death-penalty sentences on claims of racial bias.

After seeing their death sentences flip to life without parole and back again, the defendants this year will argue their case before the state Supreme Court in State v. Robinson.

The LDF's amicus brief sides with the defendants, concluding that black North Carolina residents are "routinely and systemically excluded from capital juries because of their race."

North Carolina hasn't executed an inmate since August 2006, when Samuel Flippen was killed by lethal injection. Various legal disputes, including the Racial Justice Act, have prevented death sentences from being carried out since then.

Correction: A previous version of this story incorrectly identified the NAACP Legal Defense and Educational Fund as a part of the NAACP. Although it was founded by the NAACP, the LDF has been a separate organization since 1957.