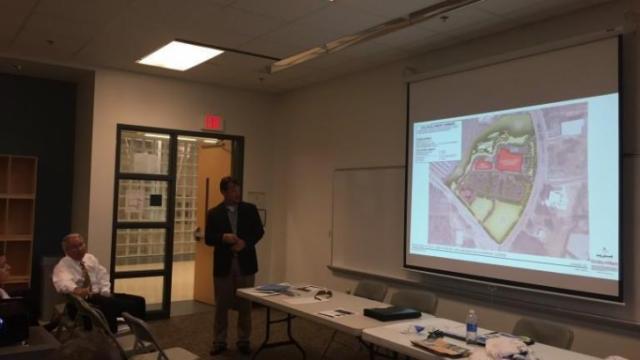 Raleigh, N.C. — A site plan case for an undeveloped parcel of land at the intersection of Poole and New Hope roads was presented as a courtesy to the Southeast Citizens Advisory Council during its July meeting earlier this month.

Richard Brown, a representative from Kimley Horn, which designed the site plan drawings for the proposed shopping center, was on hand to provide neighbors with more information about the development.

Brown could not, however, answer the crowd’s most persistent question: Which company will serve as the center’s anchor grocery store?

On site plan drawings for the project, SP-35-15, which are available through the City of Raleigh, the anchor grocer is identified as a Wal-Mart Neighborhood Market.