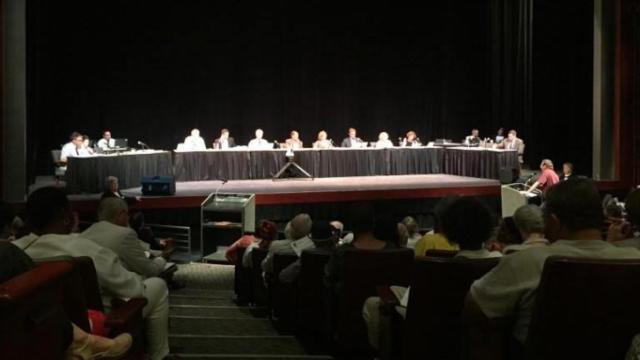 Raleigh, N.C. — Raleigh residents turned out in full force to fill the Duke Center for Performing Arts auditorium to voice opposition to the proposed citywide remapping that aims to add increased density to the city to deal with a rapidly growing population.

Those who signed up were allotted a two-minute opportunity to speak about the remapping, some voicing concern about their individual property and others denouncing the entire remapping as a whole.

"I'm afraid of this rezoning. I'm afraid of what it will do to the place where I belong," said Raleigh resident Marianne Rollin.

The Unified Development Ordinance was initially adopted in 2013, spurred by the adoption of the 2030 Comprehensive Plan, which called for increased density in the city to accommodate the influx of people as Raleigh became a destination for people live.

It is an attempt to rewrite the old zoning code, adding a number of “mixed use” zoning districts, some of which act as transitions between different zones.