Angier, N.C. — Work is underway to determine why the roof of a nearly 100-year-old church in Angier collapsed Wednesday afternoon.

Chief Zach Lindsey of the Angier Black River Fire Department said the collapse at the Black River Grove Missionary Baptist Church was called in by someone passing by at about 12:30 p.m. 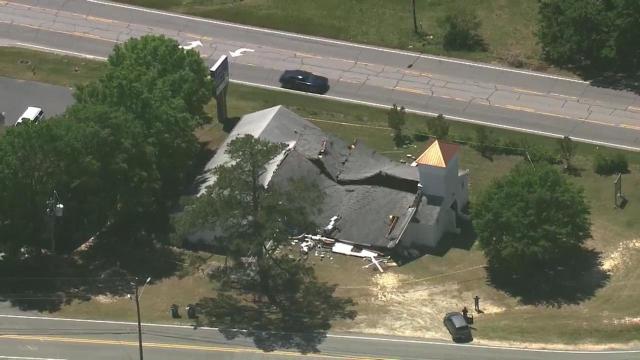 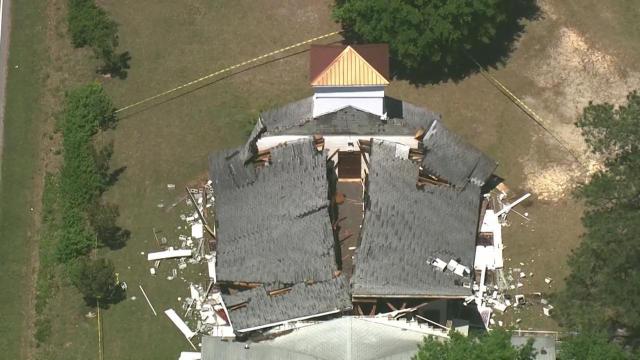 "It brings you to tears when these types of things happen," Pastor Joseph Jones said. "You see the walls tumble, that's what got me."

The roof and the concrete walls of the church caved in, reducing almost a century of history to rubble.

"All my life, there's always been challenges, but I've learned over the years to trust in God," Jones said.

Lucy McLean, affectionately known as Mother Lucy, is the longest serving member of the church. Her heart, and the hearts of others were broken at the sight of the sanctuary in ruins.

"It kind of hurt me because we don't know what we're going to do," she said.

What hasn't crumbled, though, is the congregation's faith in the future. On Wednesday evening, the pastor of a Fuquay-Varina church stopped by to offer his building to the congregation.

"We're one body, one purpose. We're not going to let our brothers and sisters sit aside and be homeless," said Jason Stone of Thrive Community Church.

The gesture of goodwill is one of the many reasons Jones believes a new beginning will come from the destruction.

"A weeping man does it for a night but joy, joy will come out of this," he said.

The collapse is under investigation and the building is considered condemned.