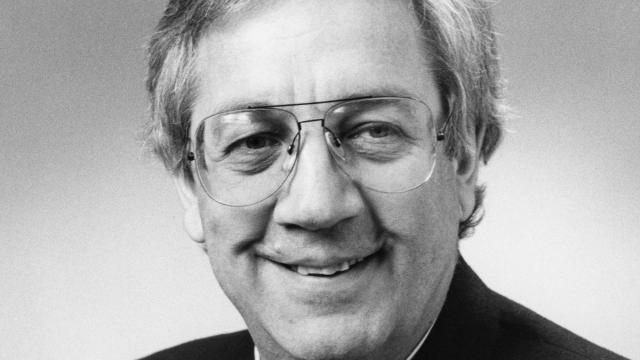 Christopher Lehmann-Haupt, a nationally influential literary critic for The New York Times for three decades, who wrote some 4,000 reviews and essays, mostly for the daily column Books of The Times, died Wednesday in Manhattan. He was 84.

His death, at the Milstein Hospital of NewYork-Presbyterian/Columbia, was caused by complications of a stroke, his daughter, Rachel Lehmann-Haupt, said.

In one of journalism’s most challenging jobs, Lehmann-Haupt was The Times’ senior daily book critic from 1969 to 1995, tackling two or three books a week and rendering judgments that could affect, for better or ill, literary careers as well as book sales. He was a critic until 2000.

Readers and colleagues called him a judicious, authoritative voice on fiction and a seemingly boundless array of history, biography, current events and other topics, with forays into Persian archaeology and fly fishing.

Late in his nearly half-century career with The Times, Lehmann-Haupt began writing the obituaries of leading authors, editors and publishers, an assignment he relished as an opportunity to explore the lives of literati, not just their books. And it afforded him an unusual personal pleasure — to see his byline on the front page, the one and only time, after 49 years with The Times.

Lehmann-Haupt’s reviews, which invariably appeared in the paper’s culture section, were a mark of distinction for any author, even when the critic’s assessments were negative.

More than a few of his reviews were devoted to books on fly fishing, for which he had a deep affection. On “The Habit of Rivers: Reflections on Trout Streams and Fly Fishing” (1994), by Ted Leeson, he wrote: “The wonder of these dozen pieces is that they offer a lesson in the art of living. Or, more exactly, in the art of getting outside yourself, which is essential to sane living.”

Lehmann-Haupt was The Times’ chief obituary writer from 2000 to 2006, and then a freelance obituarist until his retirement in 2014. His subjects included Updike, Elizabeth Hardwick, William Styron and Peter Matthiessen. Several of his obituaries written in advance have yet to be published.

The Matthiessen obituary, published on April 5, 2014, conveyed insights that spoke of firsthand knowledge of his subject, and it brought Lehmann-Haupt his first Page 1 byline.

“A rugged, weather-beaten figure who was reared and educated in privilege — an advantage that left him uneasy,” Lehmann-Haupt wrote, “Mr. Matthiessen was a man of many parts: littérateur, journalist, environmentalist, explorer, Zen Buddhist, professional fisherman and, in the early 1950s, undercover agent for the Central Intelligence Agency in Paris.”

Lehmann-Haupt was himself a favorably reviewed author. His first novel, “A Crooked Man” (1995) focused on a U.S. senator who pushes legislation to decriminalize recreational drugs. His second, “The Mad Cook of Pymatuning” (2005), was a sinister take on a 1950s boys summer camp gone chillingly awry, with undertones of “Lord of the Flies,” William Golding’s 1954 novel about British boys stranded on an island and their disastrous attempts to govern themselves.

His memoir, “Me and DiMaggio: A Baseball Fan Goes in Search of His Gods” (1986), recalled his childhood love of New York Yankees baseball games on the radio. “Mel Allen’s bronze gong of a voice would ring in the darkness around me with a description of a game being played hundreds of miles away,” he wrote. “And at the border of sleep and dreaming, I would discover again, as if it were a coin in tall grass, the hope that my team might win tomorrow.”

In a review in The Times, Donald Hall, the poet and critic, wrote: “At last count, Christopher Lehmann-Haupt had written four million two hundred and twenty four thousand four hundred and seven book reviews for this newspaper. He had not himself committed a book. Maybe he should quit while he is ahead, for ‘Me and DiMaggio’ is another excellent hymn to the joys of baseball.”

Christopher Charles Herbert Lehmann-Haupt was born in Edinburgh on June 14, 1934, the eldest of three sons of Hellmut and Letitia (Grierson) Lehmann-Haupt, who lived in New York City. Christopher was born on a visit to Scotland by his parents. He and his brothers, Carl and Alexander, were half siblings of John and Roxana Lehmann-Haupt, the children of their father’s marriage to Rosemarie Mueller in 1948. Hellmut Lehmann-Haupt was a German-born bibliographer, the author of 200 books, including “Art Under a Dictatorship,” who joined the Allied Armies’ Monuments, Fine Arts and Archives section and returned to Berlin in 1946 to help rejuvenate a cultural life all but destroyed by the Nazis. The 2014 George Clooney film “The Monuments Men” was loosely based on the exploits of the section’s operatives, who rescued troves of historic cultural treasures stolen and hidden by the Nazis during World War II.

Christopher attended the Ethical Culture and Fieldston Schools in New York, the Putney School in Vermont and Swarthmore College in Pennsylvania, where he earned a Bachelor of Arts degree in 1956. At the Yale University School of Drama, he received a master of fine arts degree in theater and dramatic criticism in 1959.

After Army service, he taught high school biology and math in 1960 in Middletown, New York. But, intending a career in publishing, he moved to New York and in the early 1960s was an editor successively at A.S. Barnes; Holt, Rinehart & Winston; and Dial Press.

In 1965 he married Natalie Robins, a poet and nonfiction author. She survives him. In addition to her and his daughter, Rachel, he is survived by a son, Noah; a grandson; his brother Carl; his half sister, Roxana Lehmann-Haupt; and his half brother, John. (His brother Alexander died in 2001.) At his death Lehmann-Haupt had completed a memoir, not yet published, about his discovery of his Jewish roots while spending time in Berlin as a boy with his father.

He joined The Times on March 15, 1965, as an editor for the Sunday Book Review section, and went on to contribute book reviews to the daily Times for the next four years.

In 1969, he was promoted to chief daily reviewer, succeeding Eliot Fremont-Smith under the Books of The Times rubric. That same year, he joined 140 other writers, editors and publishers in running an advertisement in The Times soliciting funds for the defense of Eldridge Cleaver, the Black Panther leader and author of “Soul on Ice,” who had fled the country to avoid a return to prison ordered by the California Court of Appeal.

Lehmann-Haupt, who lived in the Riverdale section of the Bronx in New York City, taught at the Columbia University Graduate School of Journalism; York College in Queens, part of the City University of New York; Marymount Manhattan College; and the College of Mount Saint Vincent in the Bronx. He also lectured widely on writing and criticism.

John Leonard, a book critic for The Nation, a media critic for “CBS Sunday Morning” and a television critic for New York magazine, was recruited to The Times by Lehmann-Haupt in 1967 and worked with him for years. In a reminiscence on the occasion of Lehmann-Haupt’s retirement in 2006, Leonard, who died in 2008, recalled “meeting the likes of Norman Mailer and E.L. Doctorow” at the Lehmann-Haupt home, then an apartment in downtown Manhattan.

And he told of his mentor’s candid assessment of Leonard’s own disappointing literary work.

“I published a novel of my own, my fourth, after returning to The Book Review, and Chris took it upon himself to review it in the daily,” Leonard said. “Unfortunately, as usual, he was completely fair, and so I decided to spend the rest of my working life reviewing novels instead of writing them. I am grateful for that too. So should the reading public be for his honorable career.”