Christmas May Be Over, but Holiday Shopping Is Not 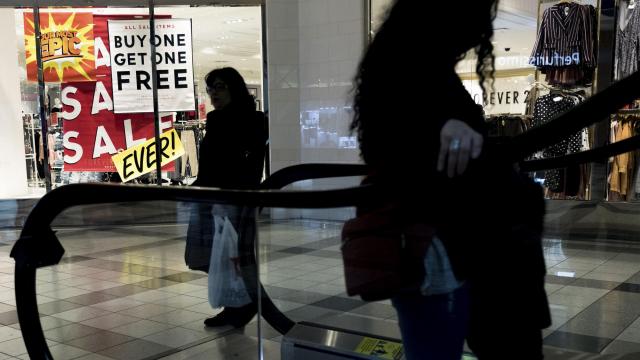 Gina Mezzacappa avoided the mall for her holiday shopping, but an ill-fitting pair of Michael Kors boots brought her back this week.

The shoes, a gift for her daughter, had come from Macy’s website, but Mezzacappa visited the Galleria at White Plains, in suburban New York, to return them in person.

Christmas is over, but holiday shopping is still in full swing.

The final days of December, traditionally a slow period used by retailers to purge outdated inventory, is generating so much traffic and sales that some chains are calling it the 13th Month or the Second Season. It is a recognition of the swarms of consumers who are flooding back into shops and websites on a rising tide of returns, exchanges and gift cards.

Five years ago, only 5 percent of consumers planned to shop after Christmas, according to a Deloitte survey. This year, nearly 40 percent will.

Retailers, as they do every year, are discounting leftover stacks of reindeer-emblazoned sweaters. But some are also displaying new merchandise at full price to attract impulse buyers emboldened by store credit and confidence in the economy. Seasonal workers are being assigned longer shifts. Stores are extending their hours.

For years, traditional retailers have been steadily losing sales to Amazon and its e-commerce kin while being battered by a string of bankruptcies and declining revenue. Shares in Macy’s, which plans to shut 100 stores, have fallen more than 60 percent in 2 1/2 years.

But the vibrant holiday season has kindled hopes among some that the “retail apocalypse” has perhaps hit bottom. Since sales forecasts were released in November, Macy’s stock has climbed 45 percent, and Abercrombie & Fitch is up 40 percent.

Recently, the last week of the year has started to feel “a little like a stretched-out Black Friday,” said Craig Johnson, president of Customer Growth Partners, a consulting firm.

“This week has, over the years, been gradually assuming more and more importance in the overall mix,” he said. “Retailers want to get a second bite at the apple.” And Mezzacappa, a homemaker, has still more spending planned.

“I wanted a shirt, I had it in my hand, but there was only one register open and a line out the door,” she said of her trip to the New York mall. “So I’ll just order it online.”

E-commerce continues to gobble up most of the growth in retail sales.

Overall retail sales from the start of November until Christmas Eve increased nearly 5 percent from the same period a year earlier, the largest upswing since 2011, according to data from Mastercard SpendingPulse. But online sales surged 18 percent.

And on Black Friday this year, Americans spent 17 percent more online than they did in 2016, according to Adobe Digital Insights, while foot traffic into stores declined slightly, according to Shoppertrak.

More e-commerce means more returns, as more online retailers try to entice customers by allowing them to change their minds frequently and easily. Online return rates are frequently double that of brick-and-mortar businesses and are extremely costly to companies.

But even returns can have a silver lining when the economy is strong and consumers are in a spending mood, as they are this year.

Companies are dangling incentives for consumers to return holiday gifts in person, knowing that those who do often end up browsing the store and buying other items. This year, Kohl’s began accepting certain Amazon returns at 82 of its stores. And customers who receive store credit are often inclined to think of the value as free money, according to behavioral economists.

A similar psychology applies with gift cards: Shoppers with a gift card in 2017 overspent its value by an average of $38, up $10 from last year, according to First Data, a payment technology company. Americans bought more physical and digital gift cards this year than in each of the previous three years, according to the company.

And with consumer confidence near a 17-year high, fueled by a strong job market, stock market gains and the prospect of tax cuts, shoppers are eager to treat themselves.

Several brands are taking advantage, making a wider selection of fresh spring merchandise available at full price and mixing it in with clearance items in hopes of luring customers who are wielding new gift cards or who have just unloaded returns.

J.C. Penney cut the number of discounts and deals in its print circular ad for this week by 72 percent compared with the same week last year, according to an analysis by Market Track, a retail and advertising data company. Kohl’s cut its deals by 67 percent, and Target by 33 percent.

“The race to the bottom is basically over,” said Paula Rosenblum, managing partner at RSR, a retail technology research firm.

“Some years, it’s a panic game,” she said, “but it’s like retailers have woken out of a dream, a weird dream filled with door busters, and are now starting to play the game right.”