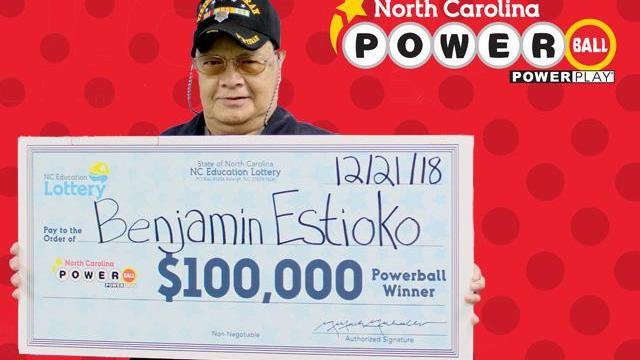 Benjamin Estioko Jr. bought a $3 Power Play Powerball ticket at the Cleveland Food Mart on Warren Street in Shelby and realized he had won Thursday morning.

“I had to double check and triple check the numbers,” Estioko said. “When I told my wife, she thought I was scamming her. I figured she’d finally believe me when I show her the check.”

Estioko, who served in Vietnam, matched four of the white balls and the Powerball to win $50,000 but, because he opted for the Power Play, the prize was doubled when the 2X multiplier ball was drawn Wednesday night.

Estioko claimed his prize Friday morning in Raleigh and took home $70,502 after taxes. He said he plans to use some of the money to pay off his wife’s car.