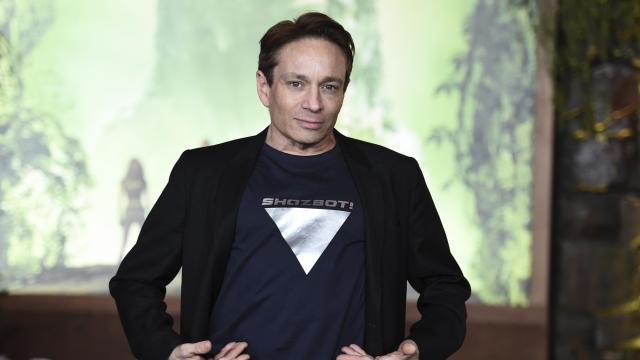 The Hunger Games trilogy has never been this funny.

Maybe there is nothing funny about those movies, but one thing’s for sure: When Chris Kattan and I tried unsuccessfully to remember the name of the blockbuster franchise at the end of a Tuesday afternoon phone interview, I laughed so loud that I’m quite sure my neighbors heard me.

Kattan, a standout Saturday Night Live cast member from 1996-2006, is headlining the Raleigh Improv in Cary this weekend, and after we talked about his time with the famous Groundlings sketch comedy and improv group, my favorite SNL character of his (Mr. Peepers) and more, I asked Kattan if he has ever been to Raleigh.

That led to Kattan discussing North Carolina’s film industry, particularly the first Hunger Games movie that was filmed in the state. The Hunger Games: Catching Fire grossed more than $440 million, launched Jennifer Lawrence into super stardom and was followed by two sequels that made it a billion-dollar trilogy.

Ninety-eight out of 100 people could probably correctly identify The Hunger Games if given just one or two clues. Kattan and I are apparently the two who couldn’t, but it was funny hearing us try.

Tony Castleberry: Most people probably know you from the sketch comedy and acting world. Did you do stand-up before Saturday Night Live?

Chris Kattan: I did not. I was one of those that was plucked from the LA-based improv comedy group The Groundlings. My background is sketch comedy and improv, which is the best training you can get for being on Saturday Night Live. Had I been a stand-up comic, it might’ve been more difficult to create sketch comedy and characters. I didn’t start doing stand-up until about six years ago. 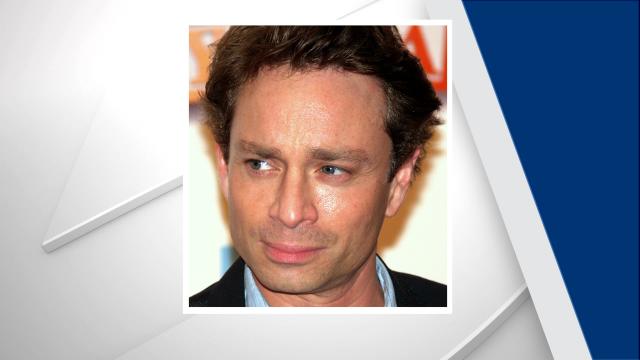 TC: Are you enjoying it?

CK: I love it. It takes me out of LA and my bubble to see all these fans. You may have, whatever, 100,000 followers on Instagram but when you actually meet them in person, it’s a different story. They are legitimate fans in the fact that they can quote lines you’ve said in movies and television.

They can act out the characters you’ve created. It’s the most flattering thing I could think of. It’s a real ego stroke. [interviewer, Kattan laugh] It’s also a real gift to get to be a person that gets to provide laughter for people. That’s what you get, for sure, when you come to these shows. 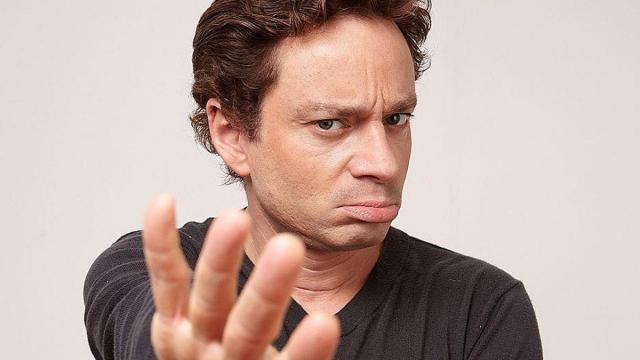 TC: I loved Mango, but Mr. Peepers was even funnier to me. From a physical standpoint, it seemed like you were free to do whatever you wanted as Mr. Peepers and you took advantage of that freedom. Did other performers ever ask you to tone it down with the jumping around and jumping on people and things like that?

CK: With that character, that’s what you got. Saying yes to do Mr. Peepers was essentially saying yes to getting dry-humped in the face and having apple chunks spit at you and you might have to swallow bananas or whatever. [interviewer laughs] I have to honor and really give kudos to guest hosts that agreed to do that. The whole point was to be up for such a thing. It’s the ultimate unlikable thing to work with probably if you’re the most rigid person in the world. It’s a real test.

Someone like Charlize Theron was so awesome to work with because she really went for it. She went crazy. She ripped off her shirt and stuffed food back down my throat. It was a madhouse and they had to cut to commercial early because she was going insane. [interviewer laughs] She made me look like a calm, little, boring person as Mr. Peepers because she was so wild. That character’s really so I could ask the beast within the other guests to come out and play. Most everyone did it. I think Sting was probably the only one who really didn’t enjoy it. [Kattan, interviewer laugh] You never think Sting would be the one who wouldn’t enjoy being dry-humped. When I think dry hump, I think Sting.

TC: [laughs] How is your health? Are you recovered from the neck injury?

CK: Yeah, I am. If you work on physical therapy and do treatments, you do come out OK, like most everybody that is in a car accident or skiing accident or any major injury. I’m very blessed to not have been paralyzed. I have a book coming out called Baby Don’t Hurt Me on May 7 and it talks a lot about SNL, stuff behind the scenes that isn’t really talked about. There’s a lot of great stuff in there, but one chapter talks all about my injury, where it happened, how it happened, why it took me out of 20 years of a career and how damaging it was and debilitating and how I almost became forgotten. That time was awful for a while.

Now that I’m much better, a lot of stuff is happening for me so I’m looking at this year as a comeback and I’m excited about it.

TC: Will this be your first trip to Raleigh?

CK: I think I’ve been there before. I know I’ve been to Charlotte. Is it close?

CK: No, it’s the one with Jennifer what’s her name. The movies were filmed there!

TC: [laughs] Oh, Jennifer Lawrence was in it.

CK: Yeah, what’s the name of the movie though?

CK: Game of Cards. [interviewer laughs] I do know one thing. I can’t wait for this weekend and I also can’t wait to find out what the name of this (expletive) movie is.