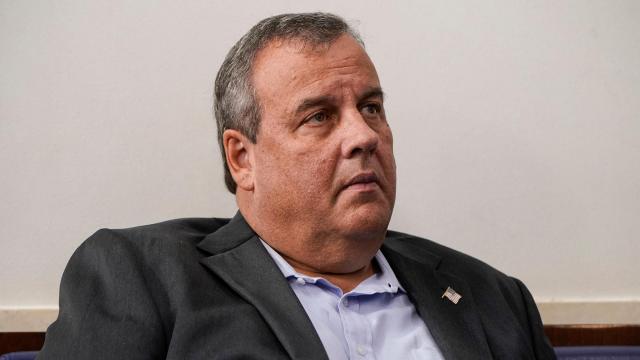 "The ramifications are wildly random and potentially deadly," Christie said in a statement. "No one should be happy to get the virus and no one should be cavalier about being infected or infecting others."

READ: Chris Christie statement on being treated in ICU for Covid-19

Christie tested positive for Covid-19 earlier this month and checked himself into Morristown Medical Center as a precautionary measure.

"Within 24 hours, I went from feeling absolutely fine to being in the intensive care unit," Christie said Friday on ABC's "Good Morning America." He said he was treated with the antiviral drug remdesivir and Eli Lilly's monoclonal antibody combination therapy.

News of his positive diagnosis -- which came a day after President Donald Trump announced that he and first lady Melania Trump had both contracted the virus -- followed his assistance to Trump in preparing for the first presidential debate in a series of sessions where no one wore masks.

Christie, who is overweight and asthmatic, had also attended a Supreme Court nomination ceremony for Judge Amy Coney Barrett on September 26, now believed to have been a superspreader event.

Both indoors and out, participants at the September 26 event were observed without masks and not practicing recommended social distancing measures. At least 12 attendees tested positive after attending.

Reflecting on his own thought process before contracting the virus, Christie conceded Thursday that he had believed "when I entered the White House grounds, that I had entered a safe zone, due to the testing that and I and many others underwent every day."

"I was wrong to not wear a mask at the Amy Coney Barrett announcement and I was wrong not to wear a mask at my multiple debate prep sessions with the President and the rest of the team. I hope that my experience shows my fellow citizens that you should follow CDC guidelines in public no matter where you are and wear a mask to protect yourself and others."

On "Good Morning America" Friday, Christie said he made "a big mistake" by letting his guard down on the White House grounds, "and it cost me in a significant way."

"I was led to believe that all the people I was interacting with had been tested and it gave you a false sense of security," he said.

Asked if the White House has learned the same lessons, Christie said, "I think we should be even more affirmative" with telling others to wear masks.

"Leaders, all across the politics, sports, the media, should be saying to people, put your masks on and be safe until we get a vaccine that could help to protect us," he said.

The warning from Christie stands in stark contrast to Trump's message since testing positive himself.

After departing from Walter Reed National Military Medical Center earlier this month, the President told his followers the virus that had hospitalized him for 72 hours was nothing to fear before posing for a mask-less photo op on the White House balcony.

"Don't be afraid of Covid. Don't let it dominate your life," Trump had written several hours before walking carefully out the hospital's front doors, even as his doctors warned that he wasn't yet "out of the woods."

Noting that the US "may seem very divided today," Christie ended his statement Thursday with a call to action -- urging people to follow best public health practices while reopening as many businesses as possible.

"It is never too late to start. It will take leadership that both challenges and trusts the American people," he said. "After all, we are America, the world's greatest hope."

Christie said on ABC that the White House did not reach out to him to do contact tracing, but that it was done by his local county board of health in New Jersey.

This story has been updated with further details.