Chinese Composers With an Ear to the World 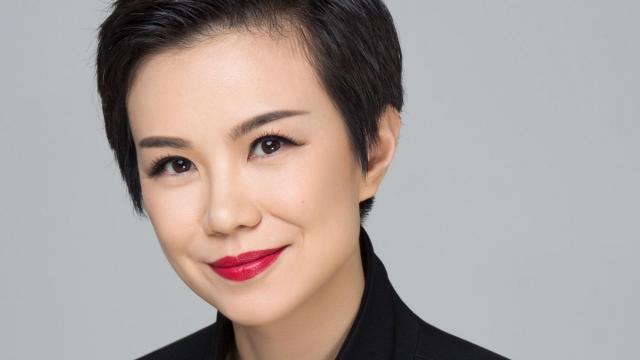 What makes Chinese music Chinese? After a century of revolution and change, how do contemporary Chinese composers understand and reflect their heritage, even as they try to connect with global audiences?

These are questions that get to the heart of a musical culture that remains largely veiled to American listeners. The Juilliard School’s annual Focus! festival of new composition is trying to pull aside that veil, to make the world of music a bit smaller. With “China Today,” a series of six free concerts from Jan. 19 to 26, the school is avoiding traditional Chinese instruments and foreign-based composers, choosing instead to concentrate on Chinese artists living and working in their own country, and using the same instrumental forces as those in the United States and Europe.

If in the 1930s, Chinese musicians had to define themselves against the West, and in the ‘60s against the state, they may now have to reckon with the hectic, globalized economy. The biographies of the Focus! composers — full of international crisscrossings, responsibilities and diverse inspirations — makes clear that their music often serves as both a grounding in and a reflection of the chaos of modern life. The contemporary China of bullet trains and glass-and-steel airports — the China which will play a determinant role in the course of the 21st century — is the one on display here.

This is a China in which Juilliard is deeply engaged. Seeking to develop a new revenue stream, the school has broken ground on a degree-granting satellite in Tianjin, in the country’s northeast, that is scheduled to open next year. The Binhai New Area where the school is located, is one of China’s largest development zones.

“A China festival had been on my mind for some years,” Joel Sachs, the founder and organizer of Focus!, said by email. “But it had seemed so daunting that I kept putting it aside. Then, last spring, President Polisi” — Juilliard’s retiring president, Joseph W. Polisi — “with whom I had jointly created the Focus! concept in the first few weeks of his presidency, expressed his desire to have it for 2018 because it would be his final Focus! festival and would tie in beautifully with the Tianjin project.”

Including 33 composers, Sachs has put together something like a history of Chinese “classical” music in our time, from the 94-year-old master Chou Wen-Chung, who has spent a lifetime building bridges between Chinese composers and Western audiences, to Shuci Wang, born in 1990.

What elements in the music on offer mark it as definably “Chinese”? Laudably, Juilliard ruled out the easy options of Chinoiseries — gongs and zithers and the like — and scooping up ethnic Chinese composers based in the United States, although some of the most famous ones have lived here for many years. “This question brings my mind back to the endless debate in the 1920s and ‘30s about ‘Americanness’ in music,” Sachs said. “Europeans liked to bray that the only ‘American’ music was music based upon jazz. Henry Cowell, who was probably the most prominent voice of American composers in his many articles and interviews in European and Soviet newspapers, always argued that such a version of Americanness was rubbish. He maintained that if a piece was composed in America, it was American. The criterion had to be quality.”

That Focus! will skip pieces using Chinese instruments was not so much an aesthetic choice as a logistical and philosophical one: It would have required hiring players, a difficult move budgetarily and educationally, since the point of the festival is to give Juilliard students the opportunity to play new music.

“The main exception in this festival is the performance of Guo Wenjing’s concerto for erhu and orchestra,” Sachs said, referring to the two-stringed Chinese fiddle. “But, as it happened, one of our alumni is both a first-rate violist and a busy professional erhu player. I also managed to get another piece into the festival after hearing it and realizing that the sound of the xun, a very ancient wind instrument, was very similar to the ocarina. When I asked the composer” — Yu Baoyu — “what he thought of doing it with ocarina, he responded very enthusiastically. One of our flutists jumped at the chance to do it.”

Yet if the instruments are Western, there are still glimmers of what could be called distinctively Chinese qualities about the music on these programs. Some make references to traditional Chinese melodies, some to Chinese aesthetics or ideas — pentatonic scales, for example — and some to the kind of evocations of nature (mountains, flowers) that are widespread in Chinese culture. One young composer, among the seven commissioned to write a new piece for Focus!, had imbibed the contemporary European trend of getting unusual sounds from instruments, but had used those techniques to subtly evoke — not imitate — the sound of traditional Chinese instruments.

One younger composer, Liang Nan, will be represented by two intriguingly contrasting pieces: a thornily up-to-date “European-style” new work, and a song he wrote in 2015 to commemorate the 60th anniversary of the victory over Japan in World War II. “The song, for soprano, cello, and piano,” Sachs said, “is very European-traditional, perhaps evoking the epoch of Fauré, but turned out to be so beautifully, creatively wrought that I decided to program it alongside the piece he has been commissioned to write, simply to show how two visions of music could flourish in one composer.”

Contemporary Chinese composition takes place in the shadow of Mao Zedong’s Cultural Revolution of the 1960s and ‘70s, under which instrumental music, theoretical physics, mathematics and other abstract pattern languages seemed “safer” than more explicitly thematic artistic forms. But precisely because classical music is a space of privacy and fantasy, Mao found it unacceptable. Underlying the era’s brutal house-to-house searches for pianos and busts of Beethoven was the fear that music preserves a spirit that is incompatible with the collective. In those bad old days, He Luting, director of the Shanghai Conservatory, was denounced for his passion for Debussy. As Lu Hongen, then the conductor of the Shanghai Symphony, was led off by the police in shackles, he asked his colleagues to lay flowers on the tomb of Beethoven. Music in China was a matter of life and death.

But the festival also features works by composers who were educated in a very different China, before Mao. One died a few years ago; another in August in his 90s; and another is still alive at that age. Sang Tong, whose 1947 piece for violin and piano (China’s first 12-tone work) is a highlight of the festival, was an underground Communist guerrilla who studied with a former student of Schoenberg who had reached safety during World War II in Shanghai; after the revolution, insisting that classical music should not be politicized, he suffered greatly. The composer Ye Xiaogang was sent down to work in a factory during the revolution.

The festival goes from the darkness of that era all the way to a new piece by Liu Sola, a Central Conservatory classmate of famous composers like Tan Dun, Chen Yi and Zhou Long. China’s first female rock ‘n’ roll star after the Cultural Revolution, Liu is best known for “Blues in the East,” an almost-avant-garde jazz-Chinese opera fusion that scored a Top-10 hit in Britain.

A powerful setting of Tang dynasty poems for soprano, piano and two percussionists in the festival was composed in 1981 by Yang Liqing, the first Chinese composer to be sent abroad to study during the loosening of culture in the early 1980s. The poems are set in German translation and were published by the Shanghai Conservatory, and the style is a fascinating mixture of East and West. When Sachs asked the singer, the Hong Kong-born soprano Vivian Yau, if she could substitute the original Chinese texts, “she replied to me that the songs were clearly written to be sung in German and could not be done in Chinese.”

“In short, as everywhere else, national styles may or may not be present,” Sachs added. “That fact itself was to me extremely revealing. It showed that at least among high-quality Chinese composers, one can now find almost anything — and any level of ‘Chineseness,’ including none.”