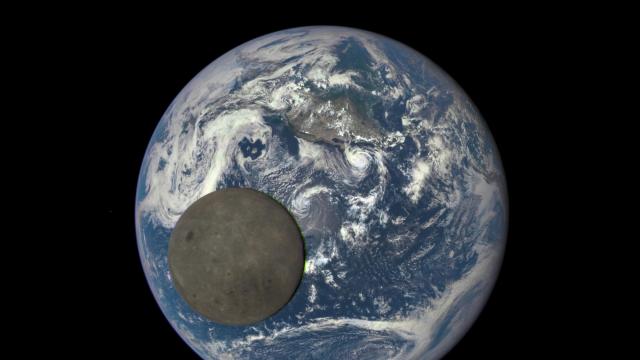 China is aiming to go where no one has gone before: the far side of the moon.

A rocket carrying the Chang’e-4 lunar lander is to blast off at about 2:15 a.m. local time Saturday from Xichang Satellite Launch Center in southern China. (In the United States, it will still be midday Friday — 1:15 p.m. Eastern time.)

Exactly when it will set down at its destination has not yet been announced — possibly in early January — but Chang’e-4 will provide the first close-up look at a part of the moon that is eternally out of view from Earth.

Chang’e-4 includes two main parts: the main lander weighing about 2,400 pounds and a 300-pound rover. By comparison, NASA’s Opportunity rover on Mars weighs about 400 pounds, and the Curiosity rover there is much bigger, at 2,000 pounds.

The spacecraft is largely a clone of Chang’e-3, which landed on the moon in 2013. Indeed, Chang’e-4 was built as the backup in case the first attempt failed. With the success — the first soft landing of any spacecraft on the moon since 1976 — the Chinese outfitted Chang’e-4 with a different set of instruments and decided to send it to a different location.

Where is Chang’e-4 going?

The rover will land in the 110-mile-wide Von Kármán crater. It is on the far side of the moon, which is always facing away from Earth. (The moon is what planetary scientists call “tidally locked” to the rotation of the Earth. That is, its period of rotation — its day — is the same as the time it takes to make one orbit around Earth.)

The crater is within an area known as the South Pole-Aitken basin, a gigantic, 1,600-mile-wide crater at the bottom of the moon, which has a mineralogy distinct from other locations. That may reflect materials from the inside of the moon that were brought up by the impact that created the basin.

The far side is also considerably more mountainous than the near side for reasons not yet understood.

What will Chang’e-4 study?

The suite of instruments on the rover and the lander include cameras, ground-penetrating radar and spectrometers to help identify the composition of rocks and dirt in the area. And China’s space agency has collaborated with other countries. One instrument was developed at Kiel University in Germany; another was provided by the Swedish Institute of Space Physics.

The instruments will probe the structure of the rocks beneath the spacecraft, study the effects of the solar wind striking the lunar surface. Chang’e-4 will also test the ability of making radio astronomy observations from the far side of the moon, without the effects of noise and interference from Earth.

According to the Xinhua news agency, Chang’e-4 is also carrying an intriguing biology experiment to see if plant seeds will germinate and silkworm eggs will hatch in the moon’s low gravity.

How will the spacecraft communicate with Earth?

Because the moon blocks radio signals from our planet, the Chinese launched a satellite, called Queqiao, in May.It is circling high over the far side of the moon, and will relay messages between Earth and the Chang’e-4 lander.

How do I watch the launch?

There has been no announcement of live coverage of the launch. If The New York Times learns of a live video stream from the Xichang Satellite Launch Center in southwest China, it will be posted to nytimes.com before the launch.

When will Chang’e-4 land on the moon?

China’s space agency has not announced a landing date, though some expect that will be the first week of January, when the sun will be shining over the far side of the moon, an important consideration because Chang’e-4 is solar-powered.

Zhang Xiaoping, an associate professor from Space Science Institute/Lunar and Planetary Science Laboratory of Macau University of Science and Technology, said that the spacecraft would follow the Chang’e-3’s trajectory. That means it would arrive in three to five days and then orbit the moon for several days (13 in the case of Chang’e-3) while preparing for the landing, he said.

Wait, I thought the far side of the moon was dark.

The far side is not dark all of the time.

The first new moon of 2019 is Jan. 6. That’s when you cannot see the moon because the dark side — the side that is in shadow facing away from the sun — is facing Earth. And when the near side of the moon is dark, the far side is awash in bright sunshine.

Why is China so secretive about all of this?

Chinese officials have talked about Chang’e-4 in public, but their interactions with journalists more resemble the carefully managed strategy used by the Soviet program during the Cold War rather than the more open publicity by NASA and many other space agencies. That way, the Chinese, like the Soviets, could boast about the successes and downplay any failures.

What does Chang’e mean?

In Chinese mythology, Chang’e is the goddess of the moon. Other missions have been named after her, too.

The next step in China’s moon program is for the Chang’e-5 robotic spacecraft to land on the moon and then bring rock samples back to Earth for additional study.

Chang’e-5 was supposed to head to the moon before Chang’e-4, but a launch failure of the large Chinese rocket needed to carry it to space delayed the mission until at least 2019.

Who else is planning to go to the moon?

Next year, the Indian government is planning to launch a mission, Chandrayaan-2, that includes an orbiter, a lander and a rover. SpaceIL, an Israeli team that was a finalist in the Google Lunar X Prize, is also still aiming to send a robotic lander to the moon early next year, even though the $20 million prize has expired.

NASA announced last week that nine companies will compete for robotic missions to carry science experiments to the moon. The space agency said the first of those could go as early as 2019, but most of the companies said they would not be ready until 2021.

Jim Bridenstine, the NASA administrator, has praised the Chang’e-4 mission as exciting, and at the International Astronautical Congress in Bremen, Germany in October, talked of possible collaboration with the Chinese space agency. Federal laws limit any NASA interaction with the Chinese.